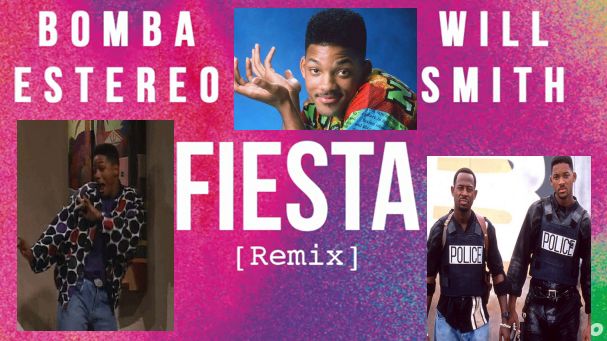 The Fresh Prince returns to music and a Bad Boys 3? Do tell!

The Fresh Prince is back! Will Smith announced he’s planning a World Tour for Summer 2016 featuring DJ Jazzy Jeff. Yes, you read it right, Will Smith has returned to music after 10 years. Alright, alright, alright (Kevin Heart voice)!

I know what you’re thinking. Is the 47-year-old phenomenal rapper-turned-actor really returning to his rap roots?

In case y’all didn’t know, Smith was known to be slick with the rhymes back in the day and left fans speechless after dropping a bombshell on them with the remix of Bomba Estereo “Fiesta.”

The Fresh Prince told Zane Lowe of Beats 1 radio show that he was simply “shaking the rust off and knocking the dust off.”

Smith goes on to say he’s sitting on a load of new music, at least 30 newly-recorded songs, with six or seven that he really feels are dope.

I believe I speak for everyone when saying, “RELEASE THEM ALREADY!!”

So what’s the hold up? The actor admitted stepping back into the limelight terrified him.

Oh but wait, honey there’s more! Brace yourself for some laughs with Smith and funny man Martin Lawrence in the return of Bad Boys 3. Smith promised the film would be coming “within the next 12 to 16 months.”

Sheesh, that’s a while from now, but it’s totally worth it. Don’t you think?