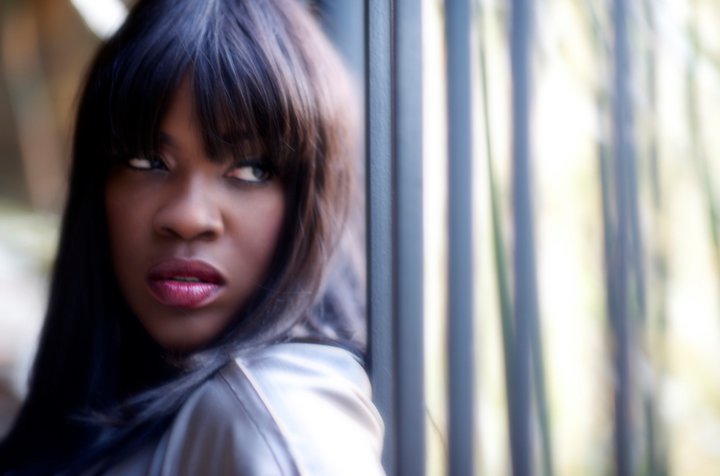 I am strong because I have to be.  I am a single mother and a black woman in corporate America:  tears are not an option.

Duties are filled—yes, even the tough ones – with a nod and a smile for fear of not climbing the ladder.  Even when the funds are low and the debts are high, Mama gets it done for the little ones despite the shortcomings and “non” tributions from the absentee father.

I walk in shoes that won’t fit many feet, with a swing in my hips as I strut my designer stride.  Sad thing is, I only hear one set of shoes clicking on the pavement.

I sit silently sometimes at night, with Gerald Levert in the background, wishing the hero can whisk me away. And the funny thing is; I am not alone.

Many women complain it’s a different breed out here when it comes to most men these days.  In a confused reversal of roles and some awkward chain of events as more women match or surpass their male counterparts financially, some men have decided to hand over their power and coast on the passenger’s seat, forcing the woman to be the bitch on wheels.

For lack of a better phrase, what the hell happened? The women’s lib movement was for an advancement of women, but not a retreat of men.  But still, many women feel – right or wrong—that is exactly what happened.

We’ve all heard it before, “there aren’t any good men out here, anymore.”  We say they are all running to other races (no matter what color you are) or have begun to play for the same team, if you know what I mean.  But have we run them away or have we just all started to settle for any old random bullshit and stopped demanding the respect we deserve?

Relationships are hard work.  And the things you accept during dating sets the tone for the shit you get in the end.  After multiple relationship flops and a ton of excuses of “how it ended like this,” I had to take a long look at myself and take ownership of the foundation I was laying and allowing men to walk over.

To understand more about myself, I began at the beginning—my mother—who on one hand was extremely submissive in relationships to men with more than her, then, on the flipside became a doormat for men who were obviously on the lower financial threshold.  I watched her “fix up” those men to make more “acceptable,” but they all were totally unappreciative and walked over her in the end.  Strange, but true, and I don’t know if she even realizes she did that.

“A lot of times I don’t have anyone to have my back.  So when I am forced to be strong, I am up for the challenge.  It has to be done and I have to go get it done,” my mother said.  “Sometimes I will play the weak role, just to see if he will rise to the occasion and do what he has to do.  Women don’t want to be the dominate force in the relationship, but often times, we have to. As the world progressed, this has been forced upon us.”

I know I picked up some of my traits from her: sometimes a bitch, sometimes a savior, often times confused, but always carrying a load on my back.  I wondered how many other women felt like me.

A random question on the topic was sent out as a status post on Facebook, and many were eager to sound off on the topic.

“Strong women have that strength, but sometimes it is poorly channeled! If she is the breadwinner, then she may be less likely to deal with the “woes” of the relationship because she may feel she is already contributing more than her fair share.” said Elan Preston, a U. S. Navy air traffic controller. “It is hard to be submissive when you have been the man and woman in the house for so long. It takes a lot of sacrifice that many are not willing to give.  So if she has to choose, she would rather be the provider and he be the lover because, in the end, every woman wants a man to love her!”

Preston speaks from the point of view of a single woman with no children, but her thoughts are echoed by other women who have more than just themselves to think of.

Kimberly Singleton, an employee with the Houston Independent School District, spoke of the difficulties she faces as a divorced mother.

Another professional woman, Taurus Chandler McGee, says her strength is mistaken for a negative persona, which she says is far from the truth.

“So many times I have been taken as having an attitude, stuck up, even “cold,” when I am completely the opposite,” she said.  “A lot of men cannot deal with a strong woman. I feel as though they think that their “manhood” is being challenged. Sometimes I don’t know how to turn it off and by not knowing how, become frustrated because I’ve placed all the hats on my head when I really didn’t have to.”

Wearing many hats is a task most women have mastered: mother, nurturer, teacher, midnight nurse, storybook reader and Master Chef of many requests – the things we love to do.

While we are multi-tasked masters, many strong women want their men to be in total control. Ella Woodard and her boyfriend share a business.  Woodard is a woman with a strong personality, but says in her relationship, she wants her man to be in charge.

“I am a natural born leader. I have to have a man that’s the boss. Although I’m accustomed to others following my lead, my man is the only person I actually would like to follow. I wouldn’t want to lead when I’m home,” said Woodard.

I am not going to lie; my preference is to be with a “manly man” who knows how to take charge of the situation, while at the same time respecting me as an equal partner.  Sometimes it would be nice to have someone share the title of “head of household” and, working together, eliminate the title breadwinner from the relationship.  That’s what I seek: a man to work “with” me, not “compete” with me.  Our differences should complement one another.

Angel Powell-Kelly says if many women made wiser choices from the beginning, there would be no complaining in the end.

“Some women that consider themselves strong are sometimes just cocky. Being strong is more than just bringing home the money, raising the kids and paying the bills.  Being a strong woman is making good choices and doing the best thing during any situation at hand. I never had to be a single mother or the breadwinner in my family.  Part of why was because I was a strong enough woman to make sure that the person I married and had kids with was a strong man and could handle the journey with me.  If you’re going to be strong ,start out strong or don’t claim the title,” Kelly said.

Is she right?  Does it go back to my earlier statement of setting the tone early so no bullshit will come later?

At this point is seems appropriate to steal a line from Terminator 2:  Judgment Day, “Our fate is what we make.”

And what will our future bring?  Of all the responses, only one man came forward – actually giving us a glimmer of hope.

“A strong woman is not misunderstood in my book, she a (Charlie Sheen) because she doing what she has to do to be that womannnnnnnn. It’s not a turn off, it’s a turn on and to see her go get it gives you (the man) confidence to do what you have to do. All strong women deserve to relax if they have a strong man that understand the time and work she puts in,” said Twoisthankful Forjesusstandtall.

Well, we may not know the true identity of the man (Twoisthankful Forjesusstandtall)who gave us that inspiration, but if more men out there think like that, we may just have a shot.  Or like Mrs. Kelly said, be strong enough to choose the right man from jump street.

Well, as for me no more “looking over my shoulder and peeping around corners,” my mind is no longer playing tricks on me.  We can spot trouble a mile away.  No more ignoring it with the “what-if-he/she changes.  Head facing forward, eyes wide open and brain clear.  Regardless of the debate, everyone — strong or not — needs love.  And the way we get there will be by sharing, understanding and mutual respect.  Are you ready?