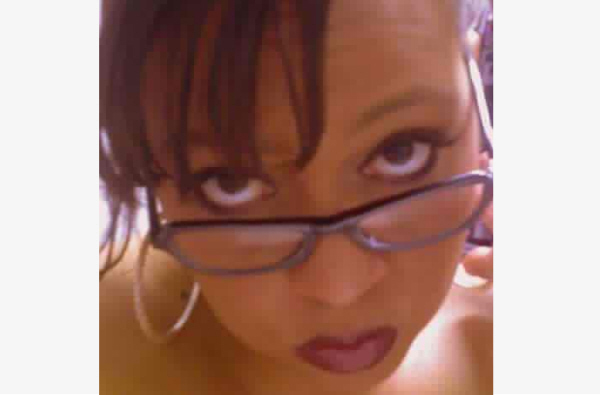 We hear the battle cry in all the songs, Destiny’s Child so powerfully decreed, “All the women, independent, throw your hands up in the air!”  Webbie’s hit anthem from a few years ago asked “I-N-D-E-P-E-N-D-E-N-T, do you know what that means?”  Then he raps on and on about how a woman with her own house and car makes her a “bad broad.”

And when all these lyrics fill the room, every lonely –oops – I mean “single” woman in the club hits the dance floor with her GIRLFRIEND, while the men sit back, watch and save their “Can I buy you a drink” money for another day.

What exactly does all this glorified “independence” mean anyway — and is that really what men want—a truly independent woman?  As a woman, do you see the alternative to being independent as dependent?

I think being independent is so over-rated.  I want to be my own woman and all that, but I’m not opposed to letting someone that loves me be in charge of handling shit. I feel like if you are with someone that really loves you and cares for you, they won’t stop you from being who you are.   They will allow you to be yourself and not make you feel as if you’re alone in this world.

A real man will help you, take care of you when you need it, support your dreams, not leave you hanging and be the rock you need.

I, as your woman, have no problem with cooking your meals, making sure you’re ready to face your day, comforting you when you come home and letting you lead the way.  I’m strong enough to know that what I have to offer isn’t going to be pushed under the rug and made to feel like I’m “unimportant.”

I think a lot of women struggle so hard to prove they are as strong as a man and can make it on their own. We forget or don’t realize that being a woman is the strongest thing we can be and we don’t have to compete with a man or show him who’s boss.

Women have so many gifts and we forget how powerful we are because we are too busy trying to show a man up.

Feminine power—not to be confused with independence—is a power that gives you strength in a relationship.

So, what is all the hype about being independent?

Independent from what?  Independent from a man, from a partner, from a role in a family? If we take all these things out of life to show our power we, in essence, are taking away our opportunity to truly show where a woman shines, thrives and excels.

We as women are nurturers; we want to love, to care and show our heart.  I don’t want to ever have my power as a woman taken away as a way to show what a “strong” woman I am. I want a relationship where I am given permission to be a woman in all my glory.

What man can put on a pair of heels, gloss up his lips, smile, flirt and make someone feel like all the cares of the world are gone for a moment?  That is power; not the kind to be disrespected or looked down on.

I am a soft place in a harsh world, I have a laugh that can light up a room, I am a woman powerful in my own right.

I was married for 15 years and for the majority of those years I fought my husband to prove I was just as capable of running everything: earning the money, making decisions and carrying the load.

This is what I saw all my life being raised by a single mother and I was determined to make sure he knew I wasn’t weak.  I found myself wondering why he didn’t protect me, shield me from the storms or pick up the pieces for our family.  I began to see him as weak and unnecessary to our family, even a burden.

Granted, he had issues also that contributed to our downfall, but I sometimes wonder what the outcome would have been if I ALLOWED him to fulfill his natural role and lead the family, without me countering things at every turn.

Men want to feel like a king, what is wrong with that?

Think of this scenario….a man goes off to work, has a horrible day, fights to assert his power as a man in corporate America, but gets torn down day after day.  But when that king comes home to his castle, his wife has a meal ready, greets him with a kiss, listens as he talks about his day, takes him into the bed and does the things that make him feel like the king he is to her.

A woman’s power is an amazing thing.

How often do you see men fighting to prove they are as good as women?  Never!

But our struggles have led us to lose harmony and union with our men; the natural balance that exists between a man and woman in a healthy relationship.

Society may marginalize the woman’s contribution; it always has, for the most part. Nevertheless, the woman is the backbone of the family, the home, the church, the community and the relationship.  We really have nothing to prove.

A strong person does not have to beat his/her chest to let everyone know who’s in charge. He/she will do what has to be done with or without accolades. That is the epitome of strength. That is what a real woman will do.  The power of a woman is not to live up to or surpass that of the man.

I was talking with a friend about this and she brought up the term ‘interdependent” and she had this to say … “You CANNOT/SHOULD NOT lead/accept a man into your life until you have fully disengaged from being independent into becoming interdependent.”

I love that word “interdependent.” Women and men need to work together.  Where one may lack, the other shows strength, and we can both value what we bring to the table.

I think there is a certain comfort and beauty in a relationship where some of the roles are defined. There is simplicity in knowing who you are in a relationship and being honored for that gives you a sense of worth and strength that we all need as humans.

When we women truly harness the power of what it feels like, what it means to be a woman in all our strength and grace; no man can take that away.  When we give up the notion of independence and learn how to be interdependent everyone can shine.

So, how about that, “Ms. Independent?”

***Prissy Chick is an outspoken member of the private Facebook discussion group, The Galaxy, w/ Mike Moe (author), Prissy Chick and the RAW Nation.  And just as the name suggests, the chat room is full of members engaging in taboo talk, and answering male-female relationship questions from dating advice to casual sex to  lasting love.***