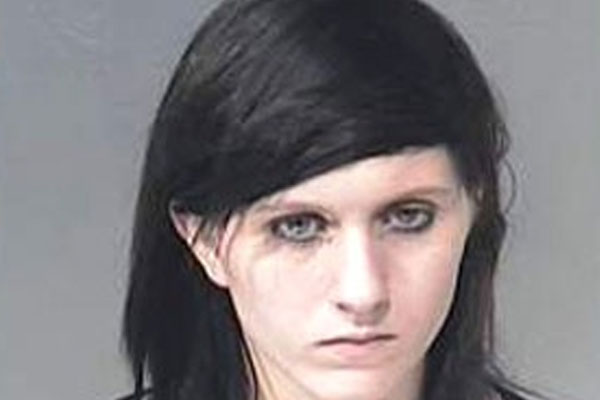 GILBERT, Arizona—A 21-year-old mother was arrested Saturday (as she should have been) for allegedly slapping and blowing marijuana in her 10-month-old baby’s face, according to the Arizona Republic.

Police said the baby was crying because she had a dirty diaper so the frustrated mother, Jessica Callaway, decided to shut her up.  What Callaway didn’t know is her friend, who was scared for the child, recorded the abuse and turned it over to police.

Video shows Callaway telling her child to, “shut the f*** up before I kick you in the mouth,” as she repeatedly hit the defenseless child.

Callaway’s friend allegedly told cops the mother blew weed smoke directly into her daughter’s mouth to try to relax the child and calm her down.

The friend also told police the baby seemed thirsty after ingesting some of the weed.

After reviewing the footage, police placed the young mother under arrest.

While in custody, Calloway admitted to hitting her daughter and gave a reason for the alleged abuse.  She said she was having a bad day and couldn’t find anything to wear out that night.

Not being a rocket scientist here, but, you would think the mother would know just like she wanted something nice to wear out, her dirty baby might have wanted a clean diaper

Callaway’s Facebook page was “loaded with postings about pot and parties.”  She would make status updates about “needing a baby sitter.  Guess she got her wish – and maybe permanently.  The child is now out of her hands and has since been placed in foster care.