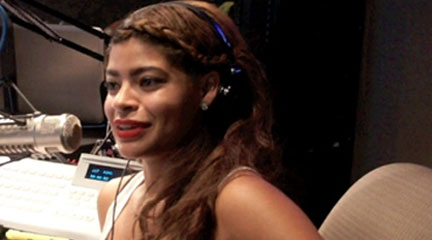 97.9 the Box exclusive: ‘Mistress’ of Swizz Beatz opens up

TheBoxHouston.com- -Singer Christina Elizabeth and alleged mistress in the recent sexting affair with Alicia Keys’ hubby, Swizz Beatz, stopped by the Madd Hatta Morning Show to talk about the letter she sent to Bossip that details their alleged affair and why she decided to come clean.

In part 1 of their exclusive interview, Christina Elizabeth talks about why she thinks Swizz would deny their affair and how she would react if she was a married woman with a kid and found out her husband was cheating. She also said that she came clean to her family because it was “super embarrassing” and she wanted to set the record straight since she has received so much negativity.

She also said that she hasn’t accepted any money from Swizz, they had a friendship that turned sexual occasionally, and that she also wasn’t using Swizz in any way to help boost her musical career as a singer.

Want more of the juicy details? Click here to check out the video of the full 97.9 the box interview and listen to her new single.