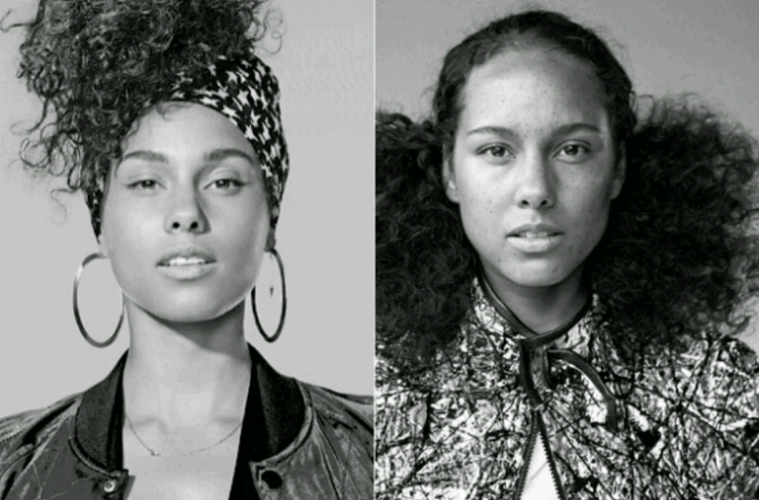 Alicia Keys is working on new music, along with rocking a new look. The singer has decided to “bare all” with her proclamation to no longer wear makeup.

“Women are brainwashed into feeling like we have to be skinny, or sexy, or desirable, or perfect,” she wrote.

“One of the many things I was tired of was the constant judgment of women. The constant stereotyping through every medium that makes us feel like being a normal size is not normal, and heaven forbid if you’re plus-size. Or the constant message that being sexy means being naked,” the singer stated in her post.

I support @aliciakeys #nomakeup campaign until I see a cute dude or have a date ???

I fucks with the #nomakeup movement so heavy lol

While many celebrities and “everyday” women have gone without makeup before and after the #nomakeup movement, it appears the response has been very selective in who receives praises and those who receive flack for joining a movement that is meant to be empowering.

Rapper and actress  Lil’ Mama recently posted a bare face rocking two ponytails while vacationing in Cancun on social media.  The rapper attempted to recreate Keys’ #nomakeup look to praise the singer , and inspire others. However,  Lil’ Mama was met with backlash that resulted in the rapper to later remove her photos.

If that didn’t make the rapper feel more insecure, the singer was definitely not feeling the backlash and later responded to cyber bullying.

It seems that certain “types” are getting backlash for baring all.

Lil’ Mama hasn’t been the only public figure who got trashed about her natural look.

Actress and singer Keke Palmer, who is no stranger to being open and honest about what she looks like without makeup, was spared “no mercy.” The singer posted a makeup-less selfie last month and received hateful comments.

However, Palmer was not going to back down from the bullies and made it clear that no one should feel sorry for her because she loves who she is.

“Keke is fine because Keke knows who she is. Keke doesn’t care to conform to what people thinks she should be…When I see people being mean, I know it’s them and not me. I focus on who loves me, not who hates me duh that’s why I’m so happy all the time, I choose it,” she wrote.

Ironically enough, women who have more “European” facial features are praised for going without makeup and are labeled “beautiful” and “gorgeous.”  Although Keys is bi-racial (African-American and White), some say she resembles more of a “white” woman. Other women who are from a different racial background received more “likes” for their selfies in comparison to African-American women who posted bare face selfies.

There seems to be a constant “biased” view in our society as it pertains to what is deemed beautiful and what is not. It seems many overlooked the whole message of the #nomakeup movement.