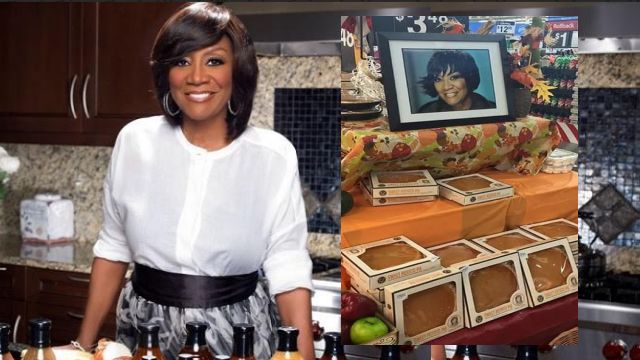 Have you ever heard the phrase, “Mmmm! You put your foot in this right here!” Well apparently Patti LaBelle, the queen of R&B and soul, has done it again!

Fan James Wright Chanel uploaded a video on his YouTube account to review a tasting of LaBelle’s sweet potato pie for the first time.

After struggling to open the package, which was sealed with a hint of friendly shade and “Gorilla Glue,” as he says, he finally managed to open the box.  He sampled his first bite,  then another, then he let it rip!

“C’mon Patti,” he said, then broke out into a song. “You turn into Patti after eating this!”

Thanks to Chanel, the extremely animated video has gone viral with 7.5 million views on Facebook, which has led to countless sold out shelves at Wal-Mart.

Since this review was so good, the queen LaBelle contacted Chanel personally thanking him for supporting her and spreading awareness.

Chanel ended the video by encouraging other to support black-owned businesses.

If you’re wondering if the N.W.A team has Patti LaBelle pies, we’re still on the hunt to get us some!

Have you tasted Patti LaBelle’s pies yet? And check out James ‘sang’ the queen’s praises!