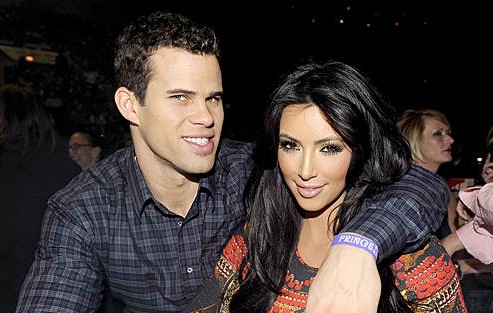 It appears that those who once tried to “keep up with” the Kardashians are now trying to “expose” them for not “keeping it real” on their (allegedly scripted) reality television series.  Confusing right?  Well, the jilted groom Kris Humphries is allegedly spilling the beans after his fairytale marriage to Kim Kardashian ended after only 72 days.

According to a Radaronline.com exclusive report, the basketball player is crying foul and has told his inner circle of trusted friends and family that his soon-to-be ex-wife planned his wedding proposal to her, which was filmed for the E! series, Keeping Up with the Kardashians.  Are we really that shocked?

In the latest example of staging, cameras captured Humphries proposing to Kardashian in the bedroom of her mansion. Kris had wanted to propose to Kim in Minnesota, but he had absolutely no control over how it all went down.

“Kim told Kris how, where and when to propose, it was absolutely no surprise to her whatsoever”, a source close to the situation told RadarOnline.com exclusively.

“First of all, Kris proposed in the middle of the day, and he had to do that because it would create better lighting to capture the moment. Kim looked so surprised but she knew it was happening,” the source said. “She was in full hair and make-up, as she always is on the show. Kris wanted it to be very intimate and romantic, but all of his ideas were shot down by production officials and Kim.

“Kim told him the paparazzi would ruin the special moment if it were to take place in a public setting, like the beach, which he had also considered. How romantic could it be with three camera crews?”

Click here to read the rest of the shocking story (yeah right) on Radaronline.com, including allegations that the heart-to-heart chat Kim had with her mother, Kris Jenner, in Dubai about her failing marriage was also staged and edited into the show.  We’re speechless!  Enter the sarcasm here………………