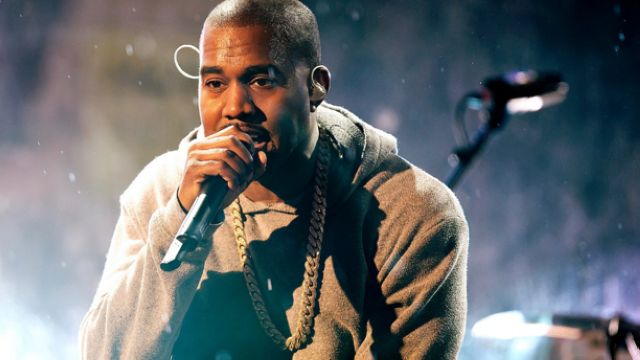 Kanye West made sure he ended 2015 with a bang and kicked off 2016 with an explosion! A few hours before the ball dropped in New York on New Year’s, Eve West surprised everyone by releasing a new single, “Facts.”

His wife, Kim Kardashian, was the first to unveil the news, tweeting, “YEEZY YEEZY YEEZY NEW SONG ABOUT TO DROP #FACTS.”

Yeezy had no problem stepping on anyone’s toes and almost no one was off limits. The rapper fired shots on celebrities and companies. Nike was one on the target practice list.

Bill Cosby and Steve Harvey’s names were mentioned as well.

“Do anybody feel bad for Bill Cosby? Did he forget the names just like Steve Harvey?” West said.

“Facts” didn’t consist of all shots, Yeezy had to throw in a few facts about him and his wife’s accomplishments. He bragged about his wife’s emojis kimojis, saying that they made a million bucks off them in a minute.

West hasn’t dropped an album since Yeezus in 2013, but is working on another album, Swish. He has yet to release a date. That’s quite fine with him because apparently his shoes are making up for that. “I ain’t drop the album, but my shoes went platinum.”

It wouldn’t be West/ Yeezy if he didn’t give people something to talk about! There are many more shots being fired in the song. Click here to hear “Facts” and let N.W.A know what you think about it.