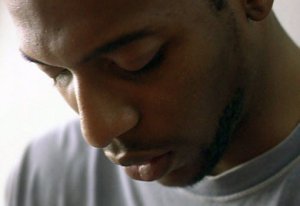 Why do we keep quiet? The unpopular yet important topic of depression

Depression is a serious topic, but is also taboo when it comes to the black community. We all know someone who has battled depression time and time again because of life alternating events, such as: loss of a child, a job, a spouse, finances or the feeling of being unloved or unwanted. Yet, seeking help is never an option for many.

There are commercials that advise people who experience depression to seek help, but again, it’s a laughed-off, uncomfortable subject. Being told to “get over it,” “everything is going to be fine,” “pray on it” or even “keep your head up” are some of the common things that are relatively said to these hurting individuals, but what does that really do?

According to Ebony.com, African Americans are 20% more likely to report having serious psychological distress than non-Hispanic Whites, as stated by the U.S. Department of Health and Human Services Office of Minority Services. But, young African Americans, including those with higher levels of education, are less likely to seek mental health services than their White counterparts, according to the American Psychological Association.

But is there a reason for all of this?

Historically, African Americans have hidden their own suffering of mental illness during slavery. Mental illness often resulted in a more inhumane lifestyle including beatings and abuse which forced slaves to hide their illness. Overtime, strength equated with survival, and weakness (as well as being mentally ill) meant you might not survive.

Entertainers such as Kid Cudi, Kanye West, Mariah Carey, Halle Berry, the late Phyllis Hyman, Kendrick Lamar, and Chris Brown have all dealt with depression at some point in their lives. Halle Berry contemplated suicide after her failed marriage to Major League Baseball player David Justice. Rapper Kid Cudi checked into rehab earlier last year after experiencing a mental breakdown and was made fun of for dealing with his issues in subliminal rap verses by Drake. People took to Twitter to show their disdain for such a serious topic and how it isn’t a laughing matter.

Depression isn’t a black thing, nor is it a white thing. Depression is like a dark cloud hovering over someone, and will only grow bigger and get darker if no one seeks help to stop it.