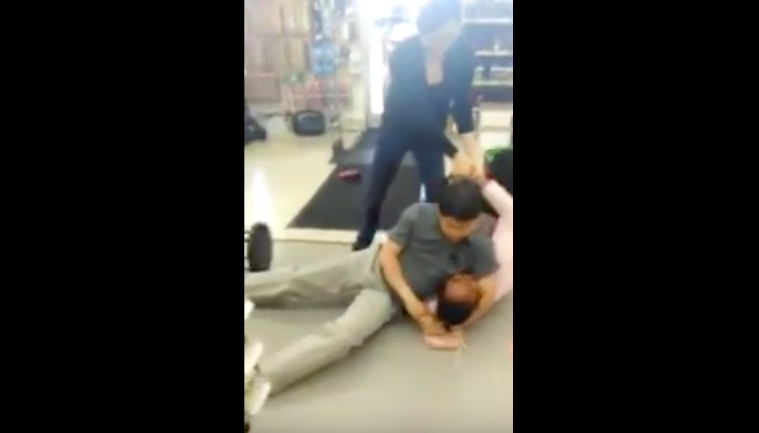 A beauty supply store owner in Charlotte, North Carolina has been accused of aggressively assaulting a woman he accused of stealing from his store last week. A customer captured the attack on camera and the video has since went viral.

According to theshaderoom.com, Sung Ho Lim, the owner seen in the video, accused the female customer of stealing a pair of eyelashes out of his store. Lim confirmed that it was him in the footage and that he would apologize to the customer on Monday.

Lim met with protesters and said, “I don’t know, it just happened. I went crazy. No matter what the reason, I feel very sorry to her and to them.”

It has also been alleged that the woman was not stealing out of the store.

The video has called questions and concerns about the situation, as well as race relations. Since the beauty supply store is in a predominantly black neighborhood, the issue of treatment of many of the store’s clientele who are black has sparked a debate.

Should African Americans continue to shop in Asian-owned stores or #buyblack?