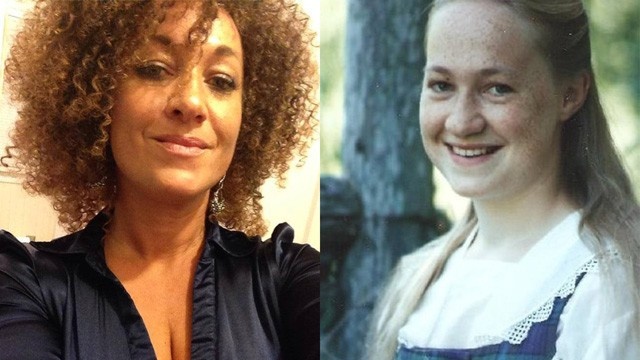 Rachel Dolezal – Why are we so outraged and what lessons can we learn?

HOUSTON – Is it because so many of us are still struggling and are not reaching our fullest potential with the cards we were dealt? Some have said that. Or is it that we feel like an impostor is better at “being black” than those born into the race? Others have said that. Then again, is it a slap in the face to a race of people who fight for justice and equality daily, even during times when an African-American president sits in the Oval Office of the White House? An overwhelming amount of people share that sentiment.

Whatever it is — Rachel Dolezal has caused the “Man in the Mirror” to take a second look – at ourselves.

My first thoughts?  Well, when the story first surfaced, I barely paid attention and said “Oh, that’s clearly a biracial woman,” and I got back to business as usual.  I was not going to waste too much time questioning a person’s race or ethnicity (sort of reminded me of the Donald Trump/Barack Obama “birthers” controversy). The second day, however, my jaw dropped as I paid attention to the story that was unfolding before me.

So who is Rachel Dolezal?

Well, it depends on who you ask.

According to her, she is a single, black mother, a graduate of the prestigious Howard University (a Historically Black College and University) and the president of the Spokane chapter of the NAACP – until she resigned.  And based on her countless interviews, she is well-educated, well-spoken and (on the surface) appears to be a “sistah down for the cause,” complete with the box braids, kinky curls and an Afrocentric nose ring.

But was this all a charade? A light-skin version of Black Face 2015, or is this a woman with a serious identity crisis?

According to Larry and Ruthanne Dolezal, the woman who has caused this national racial uproar is their biological child, and she is white.  The parents have birth certificates and childhood photos showing a blond-haired, freckle-face Dolezal to back up their claims.

Dolezal and her parents have been estranged for years, and she won custody of her adopted brother, Izaiah, from her parents.  Izaiah is biologically African-American, and Dolezal has a biracial son.

“I have really gone there with the experience in terms of being a mother of two black sons and really owning what it — what it means to experience and live blackness,” Dolezal told Melissa Harris Perry in an interview.

Dolezal has been on a talk show frenzy, answering questions (some in a roundabout way, leaving many still confused) on her racial identification, and whether or not she felt as if she were living a lie.

She told Today Show host Matt Lauer that she began feeling she was black when she was 5 years old, and drew self-portraits using brown crayons for her skin, instead of peach, and replaced her blonde locks with curly black hair.  Her parents adopted children that were black, and Dolezal identified more with their race than her own.

Rachel shockingly told NBC host Savannah Guthrie that she had no biological proof that Larry and Ruthanne are her birth parents.  She said she does not identify them as “Mom and Dad,” and refers to a black man, Alfred Wilkinson, as her father.

Dolezal’s brother, Joshua Dolezal, says his sister is a fraud and liar.  Ironically, he is accused of sexually assaulting one of his adopted black sisters, and Rachel Dolezal is a witness in the case.  The family is divided on that issue, and some say the legal issue could be why the family exposed Dolezal’s true identity, making her look like a liar on a national stage.

The proud black woman, who participated in countless speaking engagements, taught about the African-American experience on a collegiate level, and touted herself as a black hair care specialist, does not have a drop of black blood in her veins – not documented – and therefore, can not stake claim to any of her proudly proclaimed blackness!

So what is blackness?

The “traditional” dictionary describes it as the quality or state of being black, the quality or state of being a black person and — my favorite — NEGRITUDE.  The Urban dictionary describes it as a socio-economical identity pertaining only to black Americans that is associated with modern society.  So, if it only pertains to black Americans, where does Dolezal fit in?

Dolezal has been compared to Iggy Azalea, but that may be a stretch.  Although some say the Australian rapper straight “swagga-jacked” Atlanta rapper “Da Brat,” in style and flow, Iggy never denied being a white woman even though she heavily adopted hip-hop culture.  That is different from Dolezal because the former president of the chapter in Spokane, Washington openly claimed she was a black woman, in personal and professional settings.

James Douglas, president of the Houston NAACP and former president of Texas Southern University, which is also an HBCU, feels many are being too harsh on Dolezal and says he understands her “identification” with African-Americans.

“I’m not outraged.  I’ve been dealing with race for years.  I have sympathy for her,” he said. “Often when people live in an environment, they take on the traits of that environment.  I remember earlier in my career, much earlier in my lifetime, I lived in Cleveland, Ohio, and I dated a young lady whose parents were biracial. They had eight kids. Often on Sunday afternoon I would go to dinner at her house, this was in the early ’70s when race was being discussed, so generally over dinner we would be talking about race and sometimes the discussions would get overheated.

“One time when we were alone I said to her, ‘Do you realize that your mother is white?’ and she said ‘She’s not white anymore,'” Douglas shared with a chuckle.  “What she was basically saying was that her mother had been in a black environment for so long, that her mother considered herself black and that can happen.

Like others, Douglas compared Dolezal’s self-identification to that of a transgendered person.

But is it really that simple?  Can transgender identity be compared to racial identity?  Has Bruce Jenner been living a lie as a male genetically on the outside, while feeling like a female on the inside?  In turn, is Dolezal, who outwardly claims to be another race and benefiting from said claim, committing fraud?

Houston community leader and activist Brother Deric Muhammad feels she has, and in doing so, violated an egregious trust.

“Rachel Dolezal is the extreme version of what’s trending among white women worldwide, trying to mimic the features of black women to enhance their own beauty.  However, she took it a step further by ‘pretending’ to be black, fabricating proof of her ‘blackness’ and working her way into local leadership in black institutions.  In the process, she probably made a living by taking advantage of resources that could have been used by black women,” Deric Muhammad said.   “You cannot trust a person who outright lies about who they are.  But if she would go through all this trouble to pose as a black woman, what does that say about the unequalled beauty, intrinsic value and true power of black women?  I hope this helps some of my sisters to see themselves better.  The white woman is no longer the standard of femininity, beauty and power.  They want to be more like you.”

Jesse Muhammad is a Houston-based social media strategist, blogger and motivational speaker.  He feels the Dolezal controversy will go away as quickly as it came, but in light of it, wants black women and all African Americans to gain more confidence in their beauty and their worth.

“When I first saw the story of Rachel Dolezal trending on social media, I wasn’t outraged because I saw it as another distraction from greater pressing issues facing the black community throughout this country; especially as it relates to justice. Although I do understand the outrage by others, especially when this woman is accused of lies and deception related to her race in the order to advance herself. I think she should have consequences for such the same way any other person is stripped of something they gained by immoral methodologies. I have no idea what ‘transracial’ means. This is why I enjoyed the #AskRachel hashtag because she deserves the public humiliation at the hands of the Twitterverse, just like others.

Along with that, I think this represents and only further confirms how historically our black culture has been hijacked by other races, particularly white; whether it’s music, style or activism. And it’s interesting how this woman has been trying her best to mask her ‘whiteness’ to put on the ‘face of blackness’ while we have many blacks today running around being apologists for being black and afraid to accept our own and be ourselves. Some of us as blacks want to still lighten our skin, fix our noses, reduce our lips, and look and act a certain way in order to appease white people, while in turn you see white people breaking their necks trying to mimic us.

This story, like most, will be good for intellectual discourse for the moment, but won’t serve as the substance we need to address the serious conditions plaguing our communities, nation and world. That’s why it’s called a trend. It comes and goes.,” Jesse Muhammad said.

But even after this is no longer today’s talker at the water cooler, the controversy about race, acceptance, self-love and hatred will loom on.  A woman has been outed, a society has been outraged, and the question still arises for many struggling to simply identify themselves in a complicated world.

“If they would have asked me, I would have said ‘Well my birth certificate says white, but mentally, I’m black.”

Douglas says it’s not who you were born as, but who you identify with.  Is it that simple, abeit it complicated, at the same time?  The conversation will continue as long as we refuse to discuss in truth.