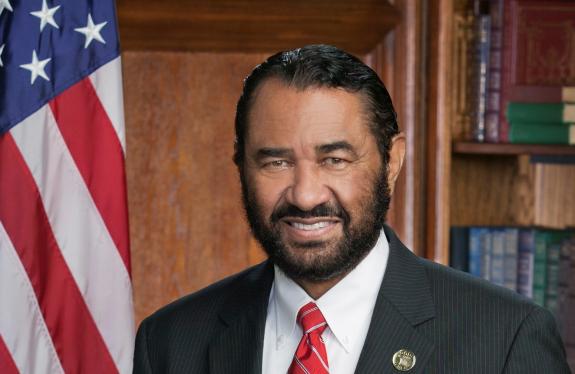 WASHINGTON, D.C. — On Wednesday, February 1, 2017, Congressman Al Green (TX-9), a seasoned civil rights advocate, introduced the Original National Association for the Advancement of Colored People (NAACP) Resolution of 2017 and the Original Black History Month Resolution of 2017. The resolutions were introduced with the support and co-sponsorship of the entire Congressional Black Caucus.

The Black History Month’s theme this year is: ‘‘The Crisis in Black Education,” which aims to further the dialogue on the critical role education plays in the advancement of the African-American community. Black History Month is celebrated annually in the United States in the month of February. Black History Month was originally established as Negro History Week in 1926 by Dr. Carter G. Woodson, an African-American author and scholar. Dr. Woodson worked to establish a specific time of the year to recognize the untold, underappreciated, and/or uncelebrated contributions of African Americans to our nation’s history.

“This resolution allows Members of Congress to recognize the giants of Black History whose shoulders we stand on every day as we represent our diverse constituents,” Congressman Al Green said. “Specifically, this year we grapple with the crisis in black education, and the need for all of us to rededicate ourselves to the advancement of our communities through the thorough education of our youth.”

Since the NAACP was founded on February 12, 1909, the centennial of Abraham Lincoln’s birth, it has been committed to achieving equality through the extension of civil and political rights to all. Originally known as the National Negro Committee, the NAACP was established by a multiracial group of activists, and it would eventually become the oldest and largest civil rights organization in the United States.

“For 108 years, the NAACP has courageously advanced its mission of equal civil and political rights for all,” Congressman Al Green said. “We owe many of the freedoms we enjoy today to the dedication and persistence of the NAACP from their work in Brown v. Board of Education to combat segregation in schools, to their working in Shelley v. Kramer to fight invidious discrimination in housing. Further, the work of the NAACP continues as it fights for justice and freedom for all.”