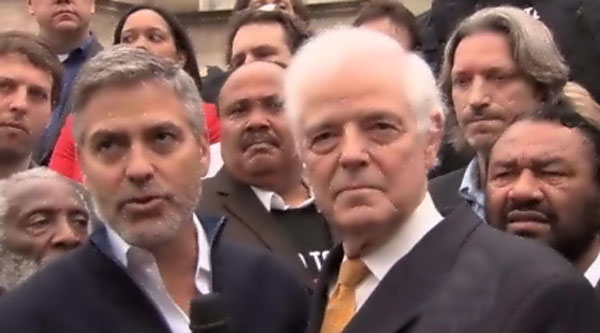 HOUSTON—Congressman Al Green of Houston was in the the Hollywood and political spotlight Friday when he was arrested alongside A-list actor George Clooney during a protest in front of the Sudanese embassy in Washington.

The men were part of a group of protesters who blamed the Sudanese government for attacks that have injured and killed civilians.   They accuse Sudan’s president, Omar al-Bashir, of provoking a humanitarian crisis and blocking food and aid from entering the Nuba Mountains in the county’s border region with South Sudan, according to the Associated Press.

Protesters were arrested after being warned three times not to cross a police line and placed into a secret service van.

Clooney’s father, Nick, was among the group.