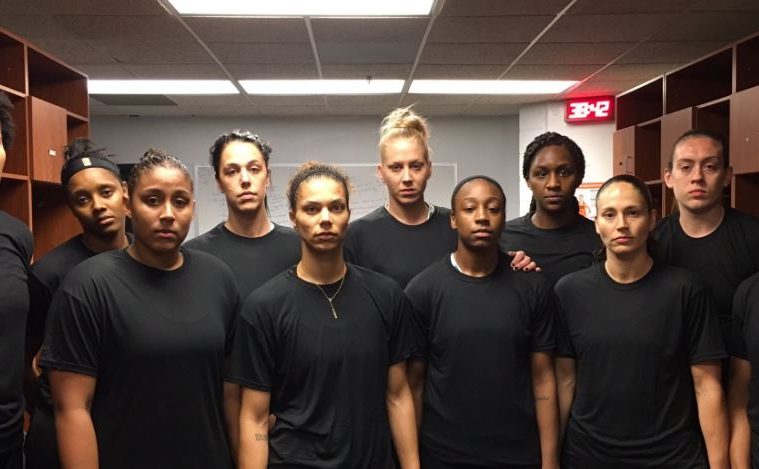 WNBA President Lisa Borders look to Twitter on Saturday to announce their support for players taking this stance:

According to NBC News, members of the Indiana Fever, New York Liberty and Phoenix Mercury were fined $5,000 each for their participation in the protest. Additionally, each player was fined $500 for wearing black t-shirts during pre-game warm-ups.

“There comes a time when silence is betrayal” – MLK @wnba #WewillNOTbesilenced#Blacklivesmatter pic.twitter.com/s3Od7E2MfJ

Players were clearly very upset about being punished for what they felt was freedom of expression.

Tina Charles, New York Liberty center, said she “refuses” to be silent in the wake of such injustices.

I refuse to be silent @WNBA pic.twitter.com/INIAI1rSIF

Although the act of defiance was initially viewed as disrespect by WNBA staff and officials, Borders recognized the importance behind the protest. She expressed that “All of us at the WNBA have the utmost respect and appreciation for our players expressing themselves on matters important to them. While we expect players to comply with league rules and uniform guidelines, we also understand their desire to use their platform to address important societal issues.”

After a public outcry in support of the women, the fines were rescinded.

Appreciate our players expressing themselves on matters important to them. Rescinding imposed fines to show them even more support.

We send a special thank-you to these lady athletes for standing up for what they believe in!