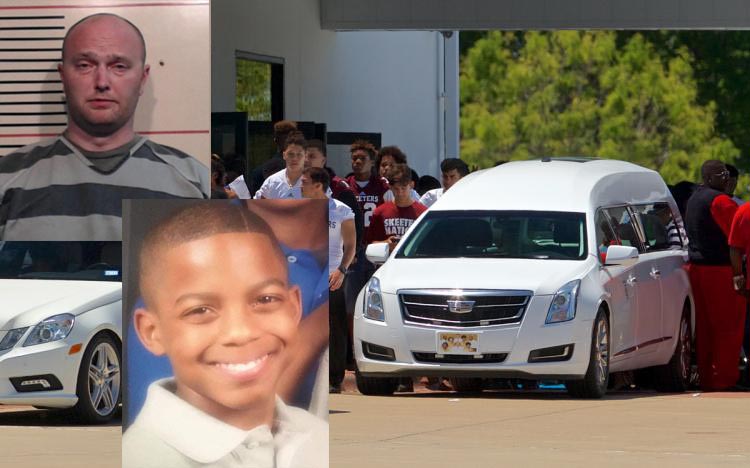 Will there be justice? Last week, 15-year-old, straight-A student Jordan Edwards was shot and killed by former Dallas police officer Roy Oliver, who has since been charged with murder. The fatal shooting happened as Edwards and some of his friends were leaving a house party.

According to reports, Oliver was on duty and was sent to the party to check out suspicions of underage drinking.

Oliver was questioning the host of the party when the sound of gunshots rang out. Edwards and his friends, who also heard the gunshots, were leaving the party for safety reasons.

It is still unclear as to who was responsible for the gunshots.

The car in which Edwards was riding was ordered stop at a nearby intersection by a second officer. As the car slowly reversed and then moved forward the second officer used his gun to smash the passenger window and Oliver began to open fire on the vehicle, killing the 15-year-old.

Edwards’ stepbrother, Vidal, was driving at the time and was reportedly trying to put the car in park.

An arrest warrant had been filed against Oliver for the murder of Jordan Edwards “due to evidence that suggested Roy Oliver intended to cause serious bodily injury and commit an act clearly dangerous to human life that caused the death of an individual.” He was also fired from the Balch Springs police department for violating serval departmental policies. He turned himself in on Friday following the arrest warrant issued by Dallas County Sheriff’s department. Oliver’s bail was set at $300,000 and was later released after he posted bail. If convicted Oliver could spend the rest of his life in prison.

The Edwards family held a private funeral service for close family and friends on Saturday May 6.

“Although we realize that there remain significant obstacles ahead on the road to justice, this action brings hope that the justice system will bend against the overwhelming weight of our frustration,” the Edwards family said in a statement in reference to the murder charge against Oliver. They also asked that there be no protests from anyone, “though we understand what his life and death mean symbolically, we are not ready to make a martyr of our son.”

Jordan is the youngest of more than 300 people killed by police this year, according to a Washington Post database. At least 10 people shot were under the age of 18.