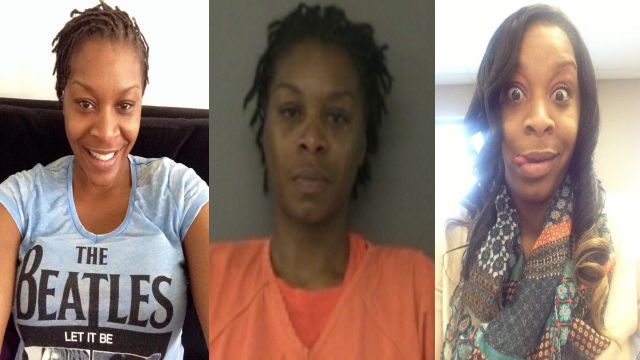 How did Sandra Bland die in Texas jail cell? Will we ever know?

HOUSTON – What happened to Sandra Bland?  That’s a question that many want to know.  A woman, who appeared to be full of life and getting ready to embark on a new phase of her career, was found dead in a Waller County Jail cell days after being pulled over for a traffic stop 60 miles outside of Houston.

Bland, who was an outspoken supporter of the #BlackLivesMatter campaign, found herself in the middle of a traffic-stop-gone-wrong Friday and ended up facedown on the ground with an officer’s knee in her back.  She was handcuffed and led away, charged with assault of a public servant and held over the weekend.  She was to be released Monday on a $5,000 bond and spoke to family members hours before her scheduled release but was never heard from again.

Bland, who was from the Chicago area, graduated in 2009 from Prairie View A & M University near Houston.  Her family says she was the first person in their close-knit immediate family to attend an out-of-state university.  Bland was moving back to the Houston area to start a new job at her alma mater when things took a tragic turn.  On Monday morning, two days before the job was to begin, she was found lifeless in a jail cell.

The 28-year-old’s death was ruled self-inflicted asphyxiation, or suicide by hanging, and those who knew her are questioning the autopsy report.

Bland’s four sisters and a family attorney spoke about the case at a press conference Thursday.

“There’s been a groundswell of concern that has been expressed regarding Sandy’s passing. This family is so, so very appreciative of the support that they are getting locally, as well as nationally.  This family is really looking to understand what happened.  This is a really, really challenging thing for them to try to get their minds around.  It is very concerning to them and we know that concern is shared by many, many people,” attorney Cannon Lambert Sr. said. “We don’t want to see Sandy politicized and her life politicized, and we don’t want to see her death politicized.”

Authorities released a mugshot of Bland dressed in a county-issued orange jumpsuit.  Her expression on the photo looks nothing like the many photos posted on her Facebook page, showing a happier woman, quirky and exuberant.  It’s the way her family members remember her.

“Sandy B,” as loved ones called her, was one of five girls.  Her sisters, Sharon Cooper, Sierra Cole, Shante Needham and Shavon Bland, talked about her life and the mysterious circumstances surrounding her death.

“To know Sandy was to love her.  She was someone who was extremely spontaneous, spunky, outgoing, truly filled with life and joy, and so when you think through the circumstances that have been shared with us to this point, it is unimaginable and difficult for us to wrap our minds around,” Cooper said.

“Everybody makes decisions to express themselves in different ways. #SandySpeaks was something that was very important to her, something that she was passionate about and one of the things that I know we all loved about her is her unapologetic confidence and her willingness to lean in,” Cooper said.

The family says Bland had just taken a trip with her mother to Memphis, Tennessee over the July 4 holiday weekend.  Afterward she returned to Chicago to pack her things and headed to Texas, where she was arrested.

A video surfaced showing what is purportedly footage of Bland’s traffic stop.  The video shows a white car pulled over to the right side of a road and a Texas law enforcement officer on top of a woman pinned on the ground.  The woman is screaming, describing what she seems to consider excessive force.

The family believes the woman on the video is Bland.

After being booked into jail, Bland called one of her older sisters asking for help.

“Sandy informed me that she had been arrested.  She said they couldn’t tell her what she had been arrested for.  She then proceeded to say that the officer had put his knees in her back and that she thought her shoulder was broken,” Needham said.  “She said that her bond was $515, and I told her that I would work on getting her out.  She called me because she knew that I could get the job done.  She knew that by calling me that I would bond her out.”

Needham cried during the press conference. She didn’t get the chance to help her sister.

While the family is searching for answers, theories across the nation are swirling as videos emerge from what happened outside the jailhouse, but there are no clear answers on what happened when Bland was locked alone in her cell.

1.  Would a woman who was so outspoken about racial injustice and justice hang herself, as authorities said?
2.  Was the woman abused and killed while in police custody?
3.  Was Bland targeted because of her views on race relations in America?

Bland’s family says there is no way she took her own life.

An online campaign has been launched demanding justice.  As of July 16, more than 1,500 supporters signed a petition on change.org calling for the Department of Justice to take over the case. #JusticeForSandy and #WhatHappenedToSandyBland social media posts are sweeping the Internet.

“What happened to Sandra Bland is not just a hashtag, but a real question that every decent human being in America should be demanding answers to.  We are saddened that our sister is gone and we are angry as hell at the thought that she may very well have been murdered.  According to her family and friends, she was not the type of person who would have taken her own life,” Houston activist Deric Muhammad told Click2Houston.com.  “The video recorded at the time of her arrest suggests that she was the kind of person who would wish to preserve her life.  She was a strong, activist-minded black woman who should be alive to fight another day.  She was not a “trap queen.”  She was an educated professional.  This is proof that even in so-called post-racial America, any one of us could find ourselves swinging from a rope in a jail cell.  We must leave no stone unturned in finding out the truth of what happened to Sandra Bland.  Once we have uncovered the truth, we demand justice, or else.”

Lambert said the family has been swept up in a “swirl of confusion.”