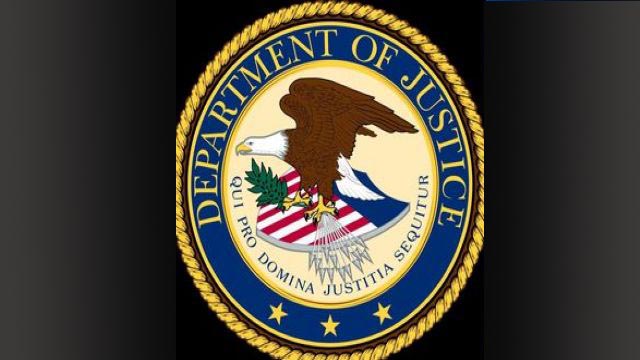 HOUSTON – A federal grand jury has returned a 19-count indictment against the founding superintendent of The Varnett Public School and her husband alleging charges of conspiracy, mail fraud, tax evasion and obstruction of justice, announced U.S. Attorney Kenneth Magidson along with Special Agent in Charge Perrye K. Turner of the FBI, Special Agent in Charge Lucy Cruz of Internal Revenue Service – Criminal Investigation (IRS-CI) and Special Agent in Charge Neil Sanchez of the U.S. Department of Education – Office of Inspector General.

The indictment was returned late Wednesday.

Annette Cluff was the founding superintendent of The Varnett Public School and her husband Alsie Cluff Jr. was the facilities and operations manager of the three campus charter schools located in Northeast and Southwest Houston. The Indictment alleges the couple embezzled in excess of $2.6 million in funds intended for the operation and function of the charter school and its programs.

“We take allegations such as these very seriously,” said Magidson. “If proven guilty, those found to have taken funds intended for the benefit of students for their personal benefit will be held accountable for their actions.”

“Those in positions of public trust must and will be held to higher standards,” said Turner. “The FBI and our law enforcement partners take all allegations seriously and are committed to fighting corruption at all levels.”

The Cluffs are also charged with tax evasion of approximately $851,845 which does not include interest and penalties owed to the IRS. According to the indictment, the Cluffs did not pay income taxes on the money they received as a result of the scheme.

“IRS-CI enforces the nation’s tax laws, but also takes particular interest in cases in which someone appears to have taken what belongs to others for their own personal benefit,” said Cruz. “This indictment alleges these two not only betrayed the public’s trust by diverting funds intended for the benefit of underprivileged students for their own personal gain, but also allegedly conspired to defraud the IRS and evade paying their taxes. IRS-CI is committed to identifying and holding accountable those that seek to enhance their lives by misappropriating funds intended to educate our children.”

“Today’s indictment alleges that these school officials abused their positions of trust to steal funds from the very ones they promised to serve – the children who attended the Varnett Public School,” said Sanchez. “As the law enforcement arm of the U.S. Department of Education, we are committed to ensuring that Federal education dollars reach the intended recipients. That’s why we will continue to aggressively pursue those who seek to enrich themselves at the expense of students. America’s students, their families and taxpayers deserve nothing less.”

According to the indictment, the Cluffs embezzled more than $1 million from “money orders” submitted by parents of the students to pay for school field trips and student fundraisers, such as chocolate sales, book fairs, school carnivals and other school related activities. Additionally, the Cluffs also allegedly diverted and concealed money received from vendors of the school, insurance companies and federal agencies into the off-books accounts.

If convicted of either mail fraud or obstruction of justice, each defendant faces up to 20 years imprisonment, while the conspiracy and tax evasion charges carry a possible five-year federal prison sentence. All charges could also result in a possible $250,000 fine, upon conviction.

The charges are the result of the investigative efforts of the FBI, IRS-CI and the U.S. Department of Education-OIG. Assistant U.S. Attorneys Quincy L. Ollison and Cedric L. Joubert are prosecuting the case.