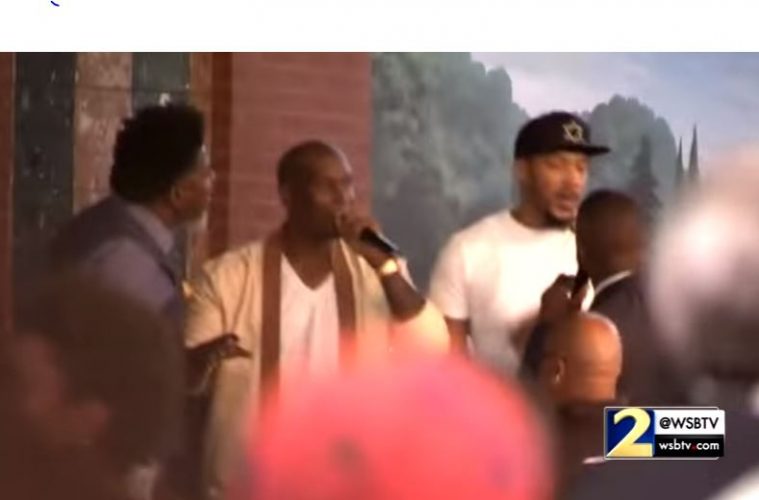 In a time when we are supposed to come together in solidarity, especially within the Black community, we saw a #BlackLivesMatter panel almost turn into a throw-down between two amazing men and music artists.

R & B singer Lyfe Jennings and Rapper/community activist David Banner recently participated in a panel held in Atlanta that ended up in an uproar for all of social media to see and share, and has since been the talk of the internet.

From the looks of a short video that was recorded during the panel discussion,  R & B singer and actor Tyrese was breaking up what could have been a fight between the men over a difference of opinion in solutions concerning what people should do when it pertains to law enforcement in this country.

Needless to say, many are angry with the amount of negative attention this incident has caused, as well has how it has caused a distraction from the movement’s true meaning and mission.

According to The Source, Jennings responded to an apparent suggestion that Banner made about how Blacks in America should handle law enforcement by saying, “You sound crazy. I’m gonna tell you, you sound crazy. He further reiterated the statement by saying “What we’re going through is crazy, but we’re not going to create more by telling these people to bring guns against the police. That’s stupid.”

Banner and Jennings both stood up, causing Gibson to serve as a mediator for the heated disagreement.

In addition to using potential physical violence, Banner also stated that police should be reprimanded financially as well, according to WSB-TV. Although Banner’s opinions concerning fighting for equality within the Black community seem radical and controversial, we can assure that it was a suggestion that many angry people may be thinking, yet are too afraid to say aloud.

Although the men’s common goals are to speak out against police brutality, we hope that they can come to a happy medium, if possible!

Check out video of the heated exchange, courtesy of WSBTV.com.