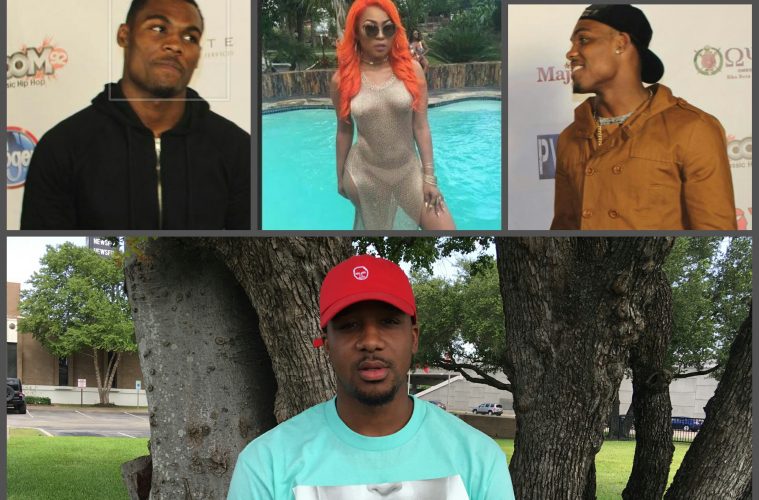 Forget what you heard: Local rapper says Love and Hip Hop Houston is still going down

HOUSTON — To love, or not to love — and to do it in Houston with the Hip Hop community, we are sure to see some fireworks!

The city has been buzzing after it was revealed that Mona Scott Young’s “Love and Hip Hop” franchise was expanding to the Houston area, and everyone wanted to know WHO was in it, and what “pain” will they bring to the screen.

There were a couple of local stars said to be in the lineup, including entertainer Jhonni Blaze, artist “Queen” Just Brittany and Mehgan James of VH1’s last Basketball Wives installment, mixing with the Sauce Twins rappers, club and event promoter Lil’ Keith, the Charlo Twins boxers, DJ Eric and Kirko Bangz.

The ladies already got some action popping from a “rumored” beef with Jhonni and Brittany, and a “fight” during a taping at the Social Junkie, then another rumor swirled saying the production was “shut down” after guns were pulled out, frightening the VH1 crew. WE DON’T KNOW HOW TRUE THAT IS, but things got somewhat quiet in the streets after that with some folks saying “These country folks done shut it down already.”

Well anyway, we caught up with local rapper Propain who said forget what you heard, the cameras are still rolling.

“Think about what the show is built on, that’s what they want,” Propain said. “That was right up their alley, they got exactly everybody talking and everybody interested. It’s definitely going to go down.”

CHECK OUT THE FULL INTERVIEW

Propain says he was offered a role in the production, but declined to take part due to his social and political stances.

He did tell us that he will still be watching and said who are shaping up to be his favorites.

“My boy, Kirko Bangz. I’m anxious to see Lil’ Keith, DJ Eric because a dude like DJ Eric has so much charisma and I am just anxious to see what it’s going to be like on that screen,” Propain said. “Oh, and the Sauce Twinz, how can I forget the Sauce Twinz. Put them in front of the camera and they gonna’ steal the show!”
As for the ladies, Propain says producers are already loving Mehgan.

Oh well, H-Town.. Looks like we can keep our #BlackTwitter fingers ready!