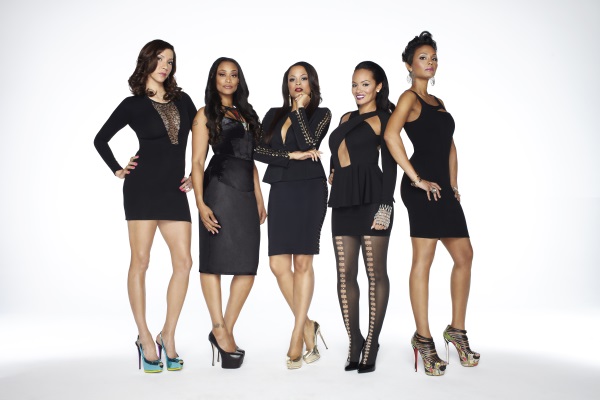 Welp, some familiar players have returned to the game and, although they look a little more mature, some of the same schoolyard hi-jinks may be happening in the “Basketball Wives” sandbox for Season 5.

The fashion is sure to be fabulous – that’s always the plus—but the #NoNewFriends movement is very prevalent it seems from the sneak peek clip VH1 released.

Tami Roman, who was not an original cast member and was once the “new girl” herself speaks reluctantly about meeting Tasha Marbury, the wife of NBA player Stephon Marbury.

“I am tired of trying to induct these ladies into the Tami Roman school of ‘This is who the f*$# I am,’” she said.

To Tami’s credit, we know who she is, what she stands for and what sh#* she is not going to take.  Those who “bring it” with or to her should always be prepared to “bob and weave.”

The most interesting riff may be that, this go-round, Tami and Shaunie O’Neal may have some disagreements – but I am certain that will not come to blows.

It is no surprise either, that Suzie Ketcham – who’s sporting some dental work this season to correct her highly-scrutinized lisp – is letting herself get wrapped up into more trouble surrounding statements about her friends.

But I believe that Evelyn Lozada is going to be the one that shows the most growth this season.  After opening herself up to scrutiny on “Iyanla: Fix My Life” and getting some advice from Vanzant about relationships, viewers should not expect to see any jumping across tables, hurling bottles or venom spewing from the show’s original “Mean Girl.”  She was very poised with the “side eye” as she was talking about the shade Suzie and Tasha threw her way.

Now, what does appear to be comical is Tasha calling the women “Angry Birds” and Shaunie’s dead-on impression of Tami — but we should not be laughing at either (wink).

The ladies will be back August 19 on VH1.  And of course, plenty will be watching whether we’d like to admit it or not.  Guilty pleasures are sinful!

Check out the sneak peek from the video: