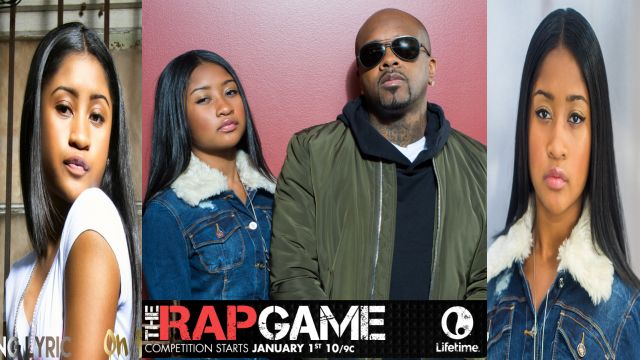 “Young Lyric” is only 15 years old, but is already making major moves in the music industry.  The native Houstonian was chosen from thousands of YouTube hopefuls to be a competitor on Lifetime TV’s “The Rap Game,” produced by Queen Latifah and Jermaine Dupri.

Lyric, who has been dubbed a “hip hop princess,” made her mark as an Internet sensation and has over 25 million views on Youtube and other outlets.  Constantly surrounded by music from her father and uncle, Lyric developed a love for rapping at an early age.

“I was always around hip hop and music. Music being playing around the house, and instrumental playing, my dad rapping to a beat,” she said.

She got the bug early, and her family helped to groom her. At the tender of age of 6, while others were playing childhood games, the young star in the making was working on her “lyrics.”  After recording her first song, she decided she wanted to make music her career.

Then opportunity to work with one of the biggest super producers of all time came knocking.  Dupri has been credited with launching the careers of other young talent like “Da Brat” and “Kris Kross,” and Lyric threw her rap hat into the ring in a bid to be the next prodigy of Mr. “So So Def.”

She was among five artists given the chance to compete for a contract with Dupri, who along the way, taught them valuable industry methods of marketing themselves, gaining confidence, and perfecting their crafts.

On the show, Lyric was considered the quiet one, but she does not feel she needs to have a loud bark to still have bite.

“The weakest person in the room talks the loudest so I feel like I can just let my numbers speak for themselves,” she said.

Lyric said her final performance on the show was the most intense.

“It was a performance that we had been building up to the entire eight weeks we were there,” she said.

Lyric did not take top prize, the crown went to “Ms. Mulatto,” another hard-hitting teen sensation, but Lyric shows no sign of letting up.  She is going on tour with the other contestants, has some acting gigs in her future and has just released her album “On Fleek” on i tunes.

Represent H-Town.  Houston, we have another star.