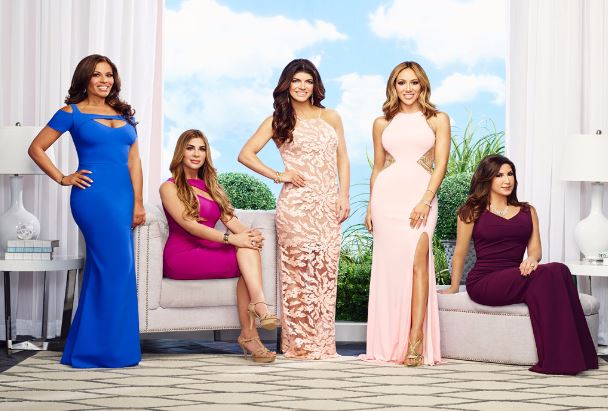 Giudice filed for bankruptcy in 2009 which caused the filling of her criminal charges, causing the federal government to pay close attention to the details of her claims.

After investigating, they learned that she did not disclose her real income from the television show “Real Housewives of New Jersey.

Season 7 will show Teresa’s emotional return to her four daughters and her husband Joe Giudice, who started his sentence for the same charges in March of 2016.

“It felt like a bad dream, all of it,” said Giudice seconds after the episode began.

The reality star returned to her New Jersey mansion and reunited with her family just two days before Christmas.

The TV show creates a suspenseful buildup of her arrival. In the airing of the first episode of the season, she facetimes her oldest daughter and husband, and just 30 minutes away, she screams, “I can’t wait to be home.”

“OMG, this media is crazy,” she said as the paparazzi trails behind her.  They even camped outside her home, just as eager as her family, to capture her return.

Managing to lay low, she makes it home and her daughters ran and screamed as they embraced their mom. She was welcomed with handwritten love letters from her daughters; Gia 15, Gabriella 11, Milania 10, &amp; Audriana 6.

“I made it, I did it,” said Giudice. She explained how she saw her daughters once a week but that could never amount to being active in their lives every day.

She covered her face while trying to control her emotions as her family embraced her. “I missed my house,” she said.

Teresa’s cast members were also affected by the return of the 43-year- old reality star.

“RONJ” vet Jacqueline Laurita received a note from her former friend behind bars.

“Jacqueline, heard you were asking about me, we have a lot to catch up on, looking forward to a new beginning,” Teresa wrote.

“It shows the character of a person of when you bounce back, not when your down,” says new cast member Stiggy Flicker.

A trailer aired after the episode showing footage of Teresa’s house arrest along with the unfolding friendships, mending sisterhood and much more.

Check out a scene from her return, courtesy of VH1.