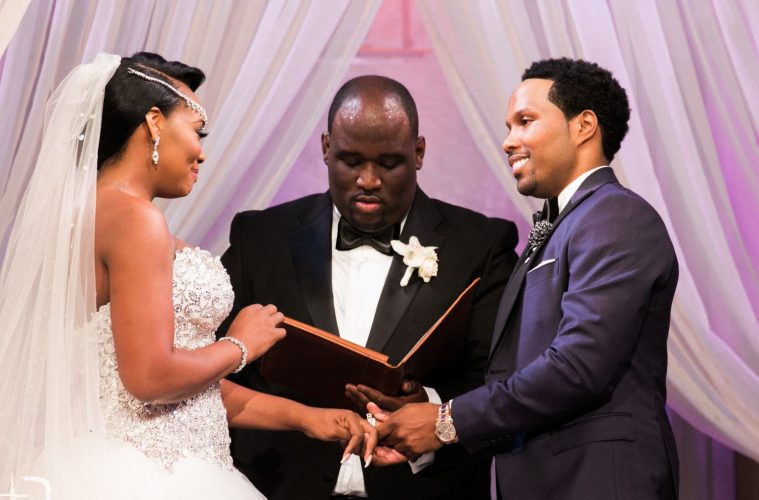 For Better or For Worse? Yandy Smith says… not when it comes to her coins!

Once you recite those vows and commit yourself to your spouse, everything that they have is yours and vice versa. Along with commitment comes many sacrifices, and those sacrifices will prove the ultimate test to those who are willing to do it all in the name of love…or is it really?

VH1’s drama-filled show, Love & Hip Hop New York, chronicles the lives of women and their men who have a career in the music industry. Monday night’s episode showcased entrepreneur Yandy Smith-Harris’ drama with her husband’s baby mothers, but it also revealed another secret….their marriage isn’t exactly legal.
Rumors have been circulating for some time now that Yandy and Mendeecees never actually signed and sent the official paperwork off to make them legally married. In the episode, Yandy confessed that the rumor was true and she had a reason. To top it all off, Mendeecees didn’t even know they were not legally married before he was sent off to prison for a drug charge!

According to bet.com, a source affiliated with the two says that they couldn’t send their marriage certificate off because Mendeecees’ plea deal was not finalized. To add further drama into the mix, on an episode of LHHNY, Yandy admitted that she did not want her hard earned money to go towards child support or anything that transpired with her husband that she had nothing to do with.

This reasoning sparked a debate with fellow cast members as well as via Twitter, where people questioned if it was the right thing to do. Some agreed that it was a smart move on Yandy’s part mostly because she has her own business and made her own money. Why lose all that you worked hard for because of your husband’s shenanigans?

Others felt, since Mendeecees is her husband, Yandy should be held equally responsible for any debt or trouble he may have while he is away. Is Yandy wrong for not wanting to take the responsibility or is it a smart, calculated move for a self-made woman?