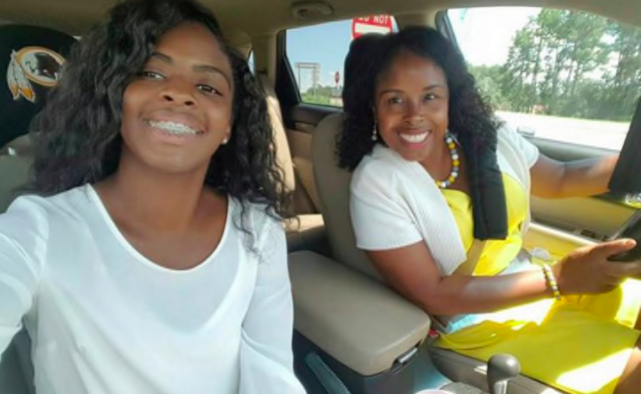 By: Undria Wilson
What seems like something out of a horror movie is actually the real deal! For 18 years, Alexis Manigo was actually born Kamiyah Mobley, and her mother who raised her since birth wasn’t really her birth mother.
Eighteen years ago and after suffering from a miscarriage just a week before, 51-year old Gloria Williams posed as a nurse at a Florida hospital and kidnapped a baby from her parents. Not knowing what happened or how this could have happened, Mobley’s biological mother, Shanara Mobley, was searching for her missing baby. The case received national attention and appeared on America’s Most Wanted. A DNA test in South Carolina confirmed that Alexis Manigo was actually Kamiyah Mobley.

Being that Mobley was raised by Williams, Mobley defended her mother in a hearing by saying: “My mom is no felon.”
Over the weekend, Kamiyah was reunited with her biological parents who flew in from Florida to meet her. In addition to being raised by Williams, Manigo was also raised a long side two younger children that are Williams biological kids.
If convicted, Williams will face life in prison.