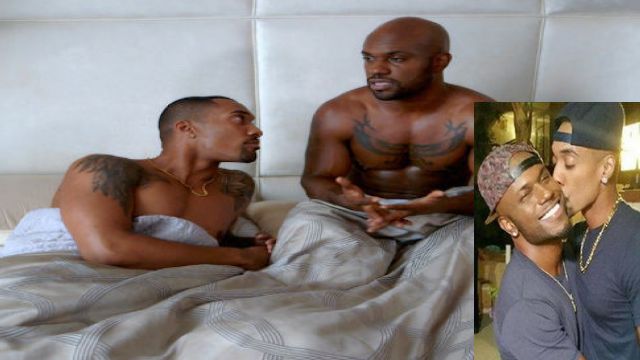 Is Hip-Hop homophobic? Will it ever change?

VH1’s new season of Love and Hip-Hop – Hollywood has created a whirlwind of controversy over homophobia in the rap industry. Two young black rappers break new grounds by coming out to the world on their sexuality.

Being gay and a rapper is not a combination you hear of frequently. Some would say it’s actually frowned upon in the hip-hop community.

When you think of a rapper, you think of a masculine man spitting bars laced with misogyny and (I hate to say it) derogatory lyrics toward women. So where do a gay or by-sexual rappers fit into this equation?

With those factors in mind, the premiere of the episode showcasing a same-sex BLACK gay couple was critically important. It’s no secret that the industry is predominantly an “all boys club.”

Is it fair for those who have different sexual preferences to be forced to mask themselves just to compete on the same level as straight men?

Miles Brock and Milan Christopher are the new breakout stars of LHHH and the faces that’s changing the game. This week, with nearly 4 million people watching, the couple went public to the world on their romance of two years.  The cameras followed Miles as he delivered the news to his ex-girlfriend, whom he was with for 10 years, and his two sisters.

Executive Producer Mona Scott-Young told The Los Angeles Times, “We’ve had same-sex relationships happening around us since the beginning of time. But somehow we tiptoe around the subject and we never want to give it the same prominence and visibility as we do heterosexual relationships. Here was an opportunity to do something that was reflective of our time.”

Although homophobia has began to recede in the black community, not everyone has adjusted just yet. It’s rumored that some castmembers have asked their storyline to not be linked with Miles and Milan.

During the intense conversation, the panel spoke candidly about homophobia in the hip-hop community.

Miles explained how he wants people to judge him, based off his music and not who’s he with.

“I just want people to judge me for my music and my talent rather than who I lay with and it’s easier in the game. I’ve never seen, outside of Freedia, an “out” gay rapper ever, especially in the West Coast. That was forbidden in hip-hop in general,” he said.

Pastor Bryant said he believes gay and lesbian people can be “transformed.”

The panel touched on a lot of important issues and brought out many hidden secrets about the industry.

We all know that hip-hop homophobia won’t change over night but at least viewers got a chance to see what some go through on the daily.

Soooo… what’s your opinion on the subject?