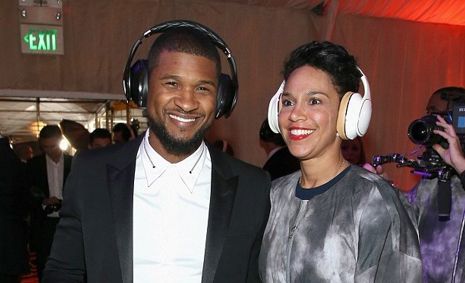 Usher has added to his list of “confessions,” the R&B star and his longtime girlfriend Grace Miguel are officially married!

The couple, who’s been dating since 2009, revealed their engagement in January of this year. They originally planned to get married in Usher’s hometown Atlanta before 100 guests, but they decided to call it off and do things their own way. The lovebirds secretly tied the knot quietly over Labor Day weekend, and the world didn’t catch wind of it until Miguel posted picture of them in Habana, Cuba, showing off Usher’s new gold wedding band on their honeymoon. Where have we been?!

We should have seen it coming when Usher couldn’t help but gush about Grace, who happens to be his manager, in an interview with Billboard late last year.

“She has helped me through some of the hardest times in my life and my career,” Usher said. “She’s someone who’s been able to support and understand all of who I am. Not just as a dancer or as a performer or as a singer, but as a humanitarian and a businessman and as a person.”

Congratulations to the two! They are such a cute couple! And it seems Usher really has a thing for getting close to his employees. Remember, his ex-wife Tamika Raymond was his stylist.

Usher ‘drips’ sexy all over the stage at RodeoHouston