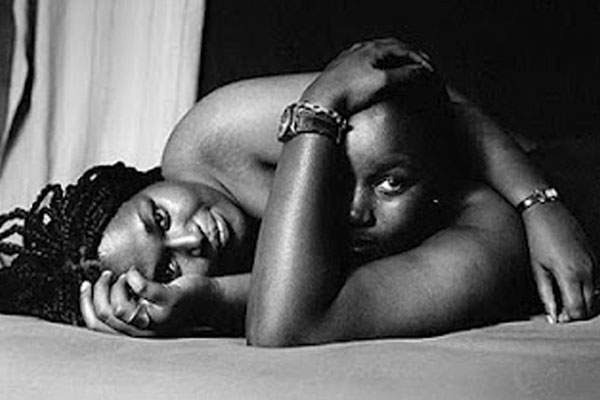 Why are so many black WOMEN ‘on the down low’? PT.1

In our culture we pretend that certain things don’t exist. We highlight our imagination and underline reality. We find ourselves covering up the truth with fiction. As African Americans, we are good at keeping secrets, but we open the closets exposing the skeletons of others with no hesitation.

When society lifted the veil on “down-low” brothers in our culture, you could hear the roar and rage from women echoing across the US.

From Houston to New Orleans, from LA to Las Vegas, from radio to television and from the pulpit to the beauty shop, black women and men alike conversed in outrage at the epidemic of the man on the DL.

Just in case some of you missed the news or were solemnly asleep when this dirty little secret aired—or don’t know exactly what a man on the DL is—let me catch you up to speed.

A man who is living a down-low lifestyle is a man who appears to be heterosexual in his dress, social settings, family life and personal life, but secretly engages in homosexual activity.

These men have been blamed for so many new AIDS cases in black America. Now I know there isn’t a woman—black or white—who would ever like to fathom her man engaging in any type of sexual activity with another man, but ladies, some of you are carrying a dirty little secret too and you aren’t engaging in this little game to add spice to your love life with your man.

Yes, as shocked as some of you may be at what I am getting ready to say—more and more black women are living on the DL!

She is a diva. She is smart, educated, sexy and God-fearing, but why is she indulging in lesbian rendevous’?

Could it be the same reason that her counterpart is seeking sexual and emotional gratification from an encounter of the same sex?

Better yet, is she looking for sexual gratification or an emotional safe haven?

I know you are reading this and think I don’t have the answer, but I wouldn’t be writing this if I didn’t.

Black women are dating other black women simply because they can no longer date black men and white isn’t an option.

Black men, I know you are reading this and you are thinking to yourself “that’s bullsh*t” and I have lost my mind.   I assure you I have not.

Ladies, I know you have been trying to suppress these feelings in hopes that no one would ever let the cat out of the bag, because all of this time you think that no one has noticed that even though you have a piece of a man, you are yearning for someone to listen to you and be soft to your needs.

Some of you are having these “closeted” relationships and affairs with other women and have convinced yourself that you are just bi-sexual or you were drunk when you and your home girl playfully kissed for fun. I’m not talking about you.

I am referring to the black woman who has been molested, raped, beat, taken for granted, tuned out, cheated on and left to raise her kids on her own:  You!

You love men, but somehow your pain left you vulnerable, with a deep yearning for something sensual, yet masculine.

Now here you are—a woman who loves penetration, loves God,  loves her kids and loves men – stuck at a crossroad because somewhere in your moment of weakness a strong woman came to you and touched your soul in a sensual way.

So confused about why you are feeling such a strong connection with another female, you live in hiding and you to begin to live a life that is on the down low.

Is that too much for you to handle?  That is why I will take you slow.  Read this again and wrap your head around what I said…then I will hit you with part 2 later this week!

Kayo DaHost-Branded is a multi-talented singer/ songwriter, rapper and MC from Louisiana now residing in Houston, Texas.  Inspired by his mother, Kayo grew up in the church and started singing at the age of five. Kayo has hosted and performed at many venues in Houston and, most recently, performed Live on KRIV Fox 26.  His highly-anticipated album will be released soon.

Writing is Kayo’s second passion and he publishes many thought-provoking articles on his blog, KayoBranded.com.  Kayo’s dream is not to be famous, but to be an inspiration for those who are seeking to win against all odds.   He is definitely one to watch.