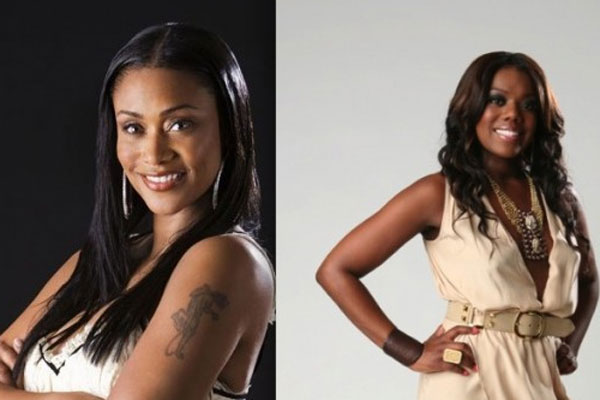 Meeka Claxton made a threat, and the VH1 executives made their choice.  It seems the latest cast member to Basketball Wives will be the first one officially booted off the island of catfights, tossed drinks, catch phrases  (non-Mother F****** Factor) and killer stiletto heels!  According to TMZ, not only has Claxton not been invited back, but she has not even been contacted by the show’s producers since the reunion show was taped a few months ago.

Sources claim producers made the decision to cut dies with Claxton after she filed a lawsuit against Tami Roman for the infamous “face pop.”

Roman told producers it would either be Claxton or her.  Well, I guess they chose the drama.

While we were never quite sure where Claxton fit in, Roman leaves very little to the imagination of what her role is on the show.  When season 4 kicks off, we are sure show execs will find another target for her to square off with and so the hair-pulling, sailor cussin’, bobbin’ and weaving (literally) will begin again.

It’s funny that Claxton hasn’t been given a second chance.  Suzy the “innocent” blabber-mouth mess-maker keeps getting the olive branch extended and Royce Reed is still hanging in there – for some apparent reason.  But we guess getting “the law” involved is a deal – and contract – breaker.

Shooting for season four is scheduled to begin next month.