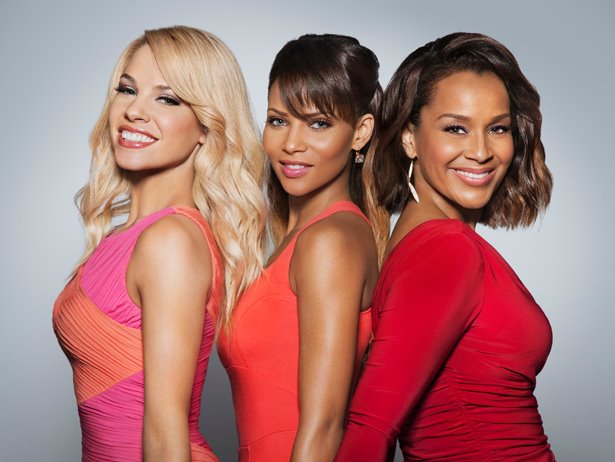 Well, I don’t want to waste too much time writing an extensive piece about the new season of “Single Ladies.”  While I think the story line for the season has potential, the cast needs A LOT more acting lessons to make us believe them.

It was sort of like watching a bad Telenovela soap opera as LisaRaye McCoy (Keisha), Charity Shea (April) and Stacey Dash’s doppelganger/ replacement Denise Vasi (Raquel) seemed to read us rehearsal lines when a director should have been yelling “Cut!”

LisaRaye as the lead character is going to have to dig a little deeper, especially since they took away the long sexy locks and tried the wholesome, serious—but sexy —  look.  And let’s be clear, I love LisaRaye for her savvy, sassy attitude and have been a fan since “The Player’s Club” and “All of Us,” but something is falling flat here.

The ladies are beautiful, but Lordy, we need to get a little more seasoning on the lines.  It may help if the gentlemen do their parts as well.  The only seasoned actor worth his salt was “D.B. Woodside” and he was only on the air for a few brief moments.

Yeah, yeah, it was a great way to bring the new character into the show, with the cheating fiancé at the engagement party and the typical announcement of his affair during the toast, but no scorned woman could believe her emotions (hence, the soap opera background).  LisaRaye did, however,  give us a small moment to clap after she caught the thrown engagement ring and said, “Oh, no. You earned this, bitch! Let’s go!”

But the rest, as they say, was pudding.

Even the super sexy Rick Fox was not believable as the “balls to the wall” agent.

And they butchered the Tango!  Don’t even try it if you can’t match the chemistry of Al Pacino’s “Scent of a Woman” or even Arnold Schwarzenegger on “True Lies!”

I am a fan of the great Queen Latifah and love the positive images of well-to-do African Americans on the screen, just give us a little more depth when it comes to the characters.

If the cast does not get it together, not even the all-star cameos lined up for the season will keep the viewers coming back — unless it is true that Victoria Rowell (aka Drucilla from the “Young and the Restless”) will be stopping by, because that woman brings FIRE!

But as for the rest of them, if we can’t believe you, we can’t relate to you…even though we love the fabulous fashions and eye candy all around!