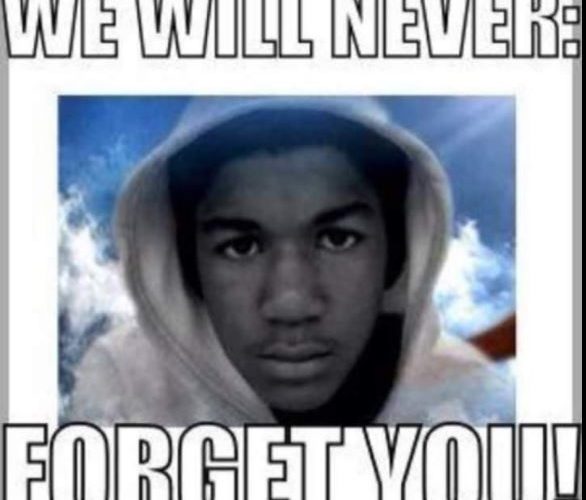 Trayvon Martin, the 17-year old who was fatally shot in February 2012, will be awarded a posthumous Bachelor’s Degree in Aeronautical Science from Florida Memorial University.

Martin’s parents, Sybrina Fulton and Tracy Martin, will accept the degree on his behalf on May 13.

The Aeronautics Degree is in “honor of the steps he took during his young life toward becoming a pilot,” the school said in a Facebook post. Florida Memorial’s Department of Aviation and Safety has a designated Cessna pilot training center, and the school also houses the Trayvon Martin Foundation.

On her Twitter page, The Mother of The Movement, expressed her gratitude to her alma mater, saying Thank you #FMU #TrayvonMartin will receive his Bachelors in Aviation ITNOJ Thank You Dr. Artis, the Board & staff #MySchoolFMU #MySun/Son

Thank You #FMU #TrayvonMartin will receive his Bachelors in Aviation ITNOJ Thank You Dr. Artis, the Board & staff #MySchoolFMU???#MySun/Son pic.twitter.com/PbOay9LJ86

Martin was shot and killed by George Zimmerman, a neighborhood watch captain in Sanford, Florida. Zimmerman had called 911 to report a suspicious person in his neighborhood and later got into a fight with the 17-year-old. Zimmerman said he shot Martin in self-defense. The shooting sparked outraged nationwide, and despite the evidence presented in court Zimmerman showing the teen was trying to protect himself, Zimmerman was acquitted of the crime in July 2013.

Although Trayvon isn’t alive today to attend college, him being awarded the degree demonstrates the possible potential  that his life could have helped impact the community.