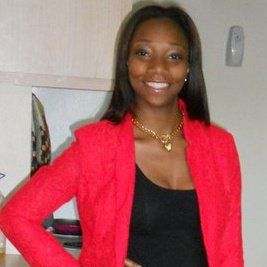 A Prairie View A & M graduate, who was also the sister of a Minnesota senator, was shot and killed outside a popular Atlanta bar Saturday. Taylor Hayden, 25, lived in Texas and was visiting Atlanta for vacation when the tragedy occurred.

According to WSB-TV Atlanta, Hayden was shot near an SUV in the parking lot of the Anchor Down Grille & Lounge. A witness said she was trying to break up a fight. Investigators have since collected broken glass from a shattered car window, clothing and many shell casings that were scattered in the parking lot.

According to reports, the lounge where the shooting took place has been cited several times for different incidents, yet the business still attracts people at late hours of the night.

“It is with a heavy heart that I report that my sister Taylor Hayden has been killed last night in Atlanta. She was caught in the crossfire of two rival gangs at a local nightclub. Please pray for my family,” he posted.

Callie Cantrelle is a friend who says she was like a sister to Taylor. The two met at PVAMU, where they both graduated.

“This was definitely a tragic event, very tragic, and so many of us lost a great person. She was such a sweet, kind, outgoing person. Me honestly, I’m still at a loss for words. She’s truly going to be missed by so many of us,” she said.

Her sentiments are echoed by many, and our prayers go out to the friends and family of the victim.