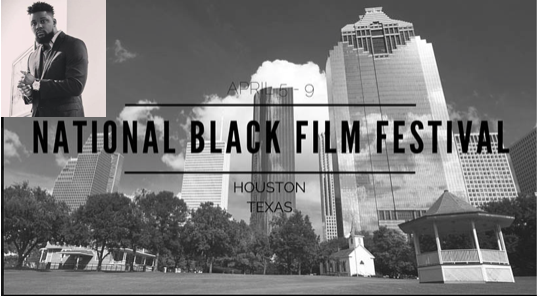 HOUSTON — J.O. Malone is a young, gifted Black film and television producer with the perfect eye for film and photography. It is no surprise that the PVAMU alumnus had the idea to come up with the National Black Film Festival, which is scheduled to hit Houston April 5 -9, 2017.

The owner of J.O. Malone Studios desire is to bring the film industry to Houston to allow local artists and talents the opportunity to connect and debut the films that they have been working so diligently on, and possibly land them in Hollywood.

N.W.A. chatted it up with Malone, who told us, “We work so hard trying to produce a film or even trying to just be a part of a film and act, but we don’t know how to take it to the next level… I just want to connect these guys and females that are just so talented with that industry and get us to the next level.”

J.O. feels that Black representation in the film industry stems from the idea that African-Americans need to tell our own story through our eyes, or in this case, through our lens! He feels that the only way we can do this is if we do these three essential things —  “write, direct, produce.”

He further expressed that, “It’s all about perception. Perception is reality, so if they’re always perceiving us to be thugs, gangsters, this, that and the other, then that’s what they’re gonna see when we walk down the street, when we go to the grocery store, when we’re in those classroom… We have to be able to portray ourselves not only in the daily life, but in film, because film and entertainment runs everything.”

Malone believes that if we, as people, are portrayed in a poor light, people will see us in a poor way. That statement in itself was enough to sum up how much power a Black presence holds in films.

Malone believes in showing the successful people, the doctors, and everything else that is often neglected when telling the story of a Black American.

Although he couldn’t give us all the juicy surprises, he did mention a special appearance from Paula Jai Parker, the “Hollywood Divas” cast member who gave us great laughs in the Ice Cube smash hit production of “Friday.”

The film festival will also offer acting workshops, directors workshops, and opportunities of learning for everyone. A comedy show and slam show will  entertain attendees as they network with prominent industry professionals from across the country.

J.O. is expecting various entries, ranging from short films to documentaries and feature length films, but he is also anticipating the creativity that stems from the social issues that plague minorities all over the country.

While focusing on the issue of police brutality, he mentioned that “through film, the story can be addressed as far as what happened before the Black man got shot in the middle of the street. A film can take you on so many different journeys… his family, his kids, his wife, the reason he was out there selling the DVD’s [regarding the Alton Sterling murder], and what happened before the cops got there, and by telling this story and saying ‘Hey, this is a human… and you just shot him down like a dog.'”

Malone clearly understands the importance of creating an emotional connection for the viewer to remember and learn from.

“That’s what film does— it makes you think differently,” he said.

Continue to be on the lookout for this life-changing and awe-inspiring event! It is sure to be something you’ve never experienced before.

For more information on the festival, go to www.nationalblackfilmfestival.com. Be sure to keep up with J.O. on IG @jomaloneusa!