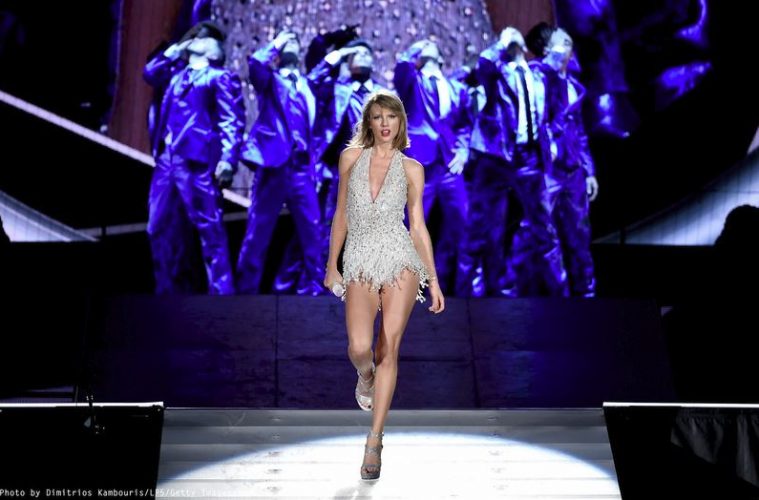 As part of the deal with AT&T, Swift will headline DIRECTV Super Saturday Night in Houston the night before the Big Game….which is obviously the Super Bowl LI, baby!  This is the 12th annual DIRECTV event leading up to the biggest sporting event of the year, and the first time Swift will perform during the festivities.

Thanks @ATT, this is gonna be fun pic.twitter.com/dS0qPTIutF

AT&T will share more details on the new multi-year relationship in the near future.

Swift, the only woman in Grammy history to ever win Album of the Year twice, will provide fans with the ultimate experience Saturday, Feb. 4, at a custom made 64,000 square foot venue in Houston created especially for this event. Fans will have access to tickets through a series of exclusive AT&T promotions and campaigns.

Thanks @ATT, this is gonna be fun pic.twitter.com/dS0qPTIutF

“We’re thrilled to reach a deal to bring Taylor and her unique talents to her fans and our customers in new and exclusive ways,” said John Stankey, CEO, AT&T Entertainment Group. “And we’ve thrilled attendees during the Big Game weekend for the last 11 years with A-list parties and the hottest performing music artists around, so 2017 will be our very best. We’re excited to get event tickets into the hands of Taylor’s fans and exclusive content from the event to our customers and celebrate the combination of one of the world’s biggest artists with one of the world’s biggest sporting events.”

Super Saturday Night in Houston is one of many opportunities AT&T and Swift will team up for in the coming months.