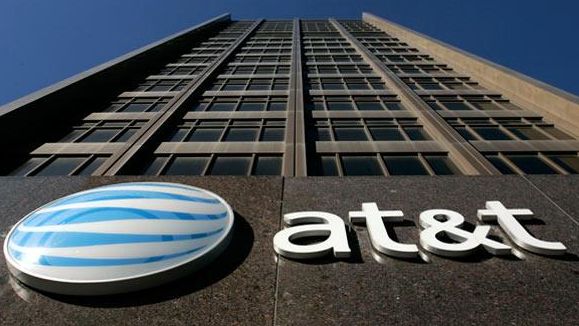 HOUSTON — AT&T* invested nearly $1.4 billion in its best-in-class wireless and wired networks in Houston between 2012 through 2014, driving a wide range of upgrades to enhance reliability, coverage, speed and performance for residents and business customers. As part of its Project Velocity IP (VIP), an investment plan focused on network enhancement and expansion, AT&T in 2014 made 62 wireless network upgrades in the Houston area, including 21 new cell sites and 41 new wireless high-speed Internet connections.  Additionally, AT&T expanded the reach of its network, providing access to AT&T U-verse® High Speed Internet, AT&T U-verse video and AT&T U-verse voice services to nearly 62,000 new customer locations.

“We are committed to making sure that Houston residents have access to the fastest, most reliable infrastructure in order to stay well connected,” said Kerrick Henny, AT&T Vice President of External Affairs. “Mobile and high-speed access are a must for economic development. We will continue to work toward and support the adoption of smart public policies in Texas that will allow us to deliver the innovative, high-performance products and services that Houstonians deserve.”

“AT&T realizes that Houston residents and businesses need ready access to the right tools and services to stay connected, whether it’s through smartphones or other forms of technology,” said Jeffrey L. Boney, Founder and CEO, Texas Business Alliance. “These latest investments, as well as AT&T’s continued investment here, show how dedicated this company is to ensuring our Houston economy continues to grow and prosper.”

AT&T was recently recognized by FORTUNE magazine as the Most Admired Telecommunications Company in the world in 2015. Additionally, FORTUNE ranked AT&T #47 among all companies in all industries in its list of the Top 50 Most Admired companies in the world. FORTUNE’s Most Admired Companies lists are among the most highly respected indicators of corporate performance and reputation.

AT&T announced a major initiative in 2014 to expand the availability of U-verse with AT&T GigaPowerSM in up to 25 markets nationwide. Hundreds of thousands of customer locations across parts of Austin, Dallas, Fort Worth, Kansas City, Raleigh-Durham and Winston-Salem are able to sign-up for ultra-fast speeds up to 1 gigabit per second.  AT&T has since announced it will deliver the AT&T GigaPower network to an additional 11 markets: Atlanta; Charlotte and Greensboro, N.C.; Chicago; Cupertino, Calif.; Houston; Jacksonville, Fla.; Nashville, Tenn.; St. Louis and San Antonio.

If the AT&T-DirecTV merger is approved by regulators, the combined companies will have an opportunity to redefine the video entertainment industry by delivering content to consumers across multiple screens – mobile devices, TVs, laptops, the backseat displays of connected cars, and even airplanes.  AT&T has also committed to expand and enhance its deployment of both wireline and fixed wireless high-speed Internet to cover at least 15 million customer locations across 48 states – most of them in underserved rural areas.
For more information about AT&T’s coverage in Houston or anywhere in the United States, consumers can visit the AT&T Coverage Viewer.  For updates on the AT&T wireless network, please visit the AT&T network news page.