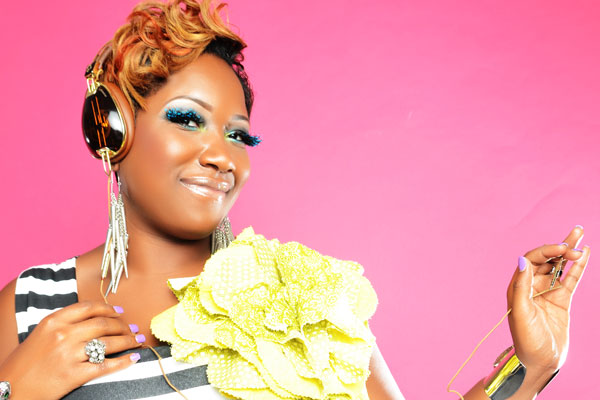 N.W.A. EditorNovember 23, 2011
0 Comments 0
Shares
HOUSTON—Houston’s Preferred Lady DJ, DJ Supastar, was “scratched” from Master of the Mix (MOTM) Saturday due to unforeseen technical difficulties during her set, but her early dismissal doesn’t mean her road ahead is cut short.
DJ Supastar is moving full speed ahead with upcoming projects, including a new book of short stories, Diary of a Supastar, to be released in December 2011.

During episode 3 of MOTM, DJ Supastar’s computer froze for an entire seven minutes, even making the judges’ hearts cringe at the decision many knew they would have to make.

“When my computer crashed, I was stunned. I was hoping I’d get a second chance because of something I couldn’t necessarily control, but that seven minutes of dead space in TV land is equivalent to like an hour,” said DJ Supastar.

Even though BET judges decided that DJ Supastar had to go, she is still recognized as “Houston’s Master of the Mix” to many of her adoring fans.

After receiving numerous Tweets, and Facebook messages from fans who declared their loyalty and support soon after the show aired, she recognized that the experience didn’t define her, but has opened new doors of opportunity.

“I’m so honored that I got to be a part of music and television history as a cast member on the second season of Master of the Mix, said DJ Supastar. “The show gave me the opportunity to expose my art and talent to a broader audience, so I’m more than grateful for that.”

DJ Supastar said this is definitely not a setback, but is certainly a set up for what is currently brewing in her world.

“Diary of A Supastar” will be a compilation of short stories surrounding the life and times of DJ Supastar, and expanding on her life as a female DJ. The book is scheduled to be released in December.

Additional projects include the continuation of her all female DJ Camp for girls ages 13-17. The DJ Camp aims to teach girls the history of the disc jockey, basic mixing, equipment setup and basic music structural theory across all genres of music.

Additionally, fans can still vote for DJ Supastar for the Master of the Mix Fan Favorite weekly until the end of the MOTM season. Fans can vote up to 5 times a day.

The public is also invited to join DJ Supastar this Saturday, November 26, for her birthday bash and celebration of Master of the Mix at Sanctuary Lounge, 2420 Washington Avenue in Houston.

Admission is free until 11pm.

Keep up with the latest from Lady DJ Supastar on Facebook.