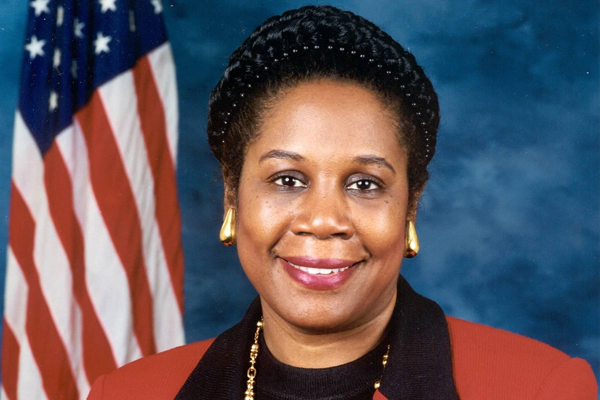 “The least we can do is find a cure for the Men and Women that fight for us on the battlefield,” says Rep. Jackson Lee

From the office of Sheila Jackson Lee:

Washington, DC – Congresswoman Sheila Jackson Lee released the following statement in regards to two amendments she had approved in the 2014 Defense Appropriations Act:

“If considered on its own merits, the 2014 Defense Appropriations Act is a good bill.  I am particularly pleased it includes tough provisions addressing the epidemic of sexual assault plaguing our military; a 1.8% increase in active duty pay; increased funding for Marine Security Guards at embassies; investments in health services and suicide prevention; and continued support for the Israeli Cooperative Program.

“These amendments will help further research in the area of Breast Cancer Research and PTSD. Currently, there is no targeted treatment available for Triple Negative Breast Cancer. Researchers are working to find the best approaches to treating triple-negative breast cancer. Some clinical trials are comparing the effectiveness of various older and newer chemotherapy medications, used in different combinations, for treating triple-negative breast cancer. Military women are 20 percent to 40 percent more likely to get the disease than other women in the same age group. Not only is breast cancer striking relatively young military women at alarming rates, but male service members, veterans and their dependents are at risk, as well. Increasing funding for this will go a long way in helping those afflicted by this disease.

“As we look to PTSD, some of a soldier’s wounds are invisible to the naked eye, for these are wounds that should be properly treated.  One of the best ways to increase access to treatment is to increase the number of medical facilities and mental health professionals who are available to serve the needs of men and women currently serving and those who have become veterans. Post Traumatic Stress Disorder, one of the most prevalent and devastating psychological wounds suffered by the brave men and women fighting in far off lands to defend the values and freedom we hold dear.  A suicide bomber, an IED, or an insurgent can obliterate their close friend instantaneously and right in front of their face. Yet, as American soldiers, they are trained to suppress the agonizing grief associated with those horrible experiences and are expected to continue on with the mission.  And carry on they do, with courage and with patriotism.  Post-Traumatic Stress Disorder (PTSD) can develop following a traumatic event that threatens your safety or makes you feel helpless. Increasing funds for this disorder will also go a long way in helping those affected by this traumatic syndrome.

“But there is much more to consider.  As the House considers robust funding for defense, veterans, and homeland security, we are slashing critical services and investments like medical research, nutrition, clean and renewable energy, job training, and affordable housing.  The cuts proposed by the majority will eliminate jobs, increase poverty and hunger, and make it more difficult for working families to make ends meet. Further, if Congress does not replace sequestration for 2014, defense funding levels that largely reflect the President’s budget and appear appropriate today could become a national security crisis overnight.  With this legislation, the majority will have exceeded the $498 billion cap on 2014 defense spending by more than $47 billion, forcing OMB to sequester the remainder. Burying our heads in the sand does not change the reality that sequestration is wreaking havoc on jobs and services and investments critical to the American economy.  To remain a global leader, we need a strong national defense and a strong economy.”