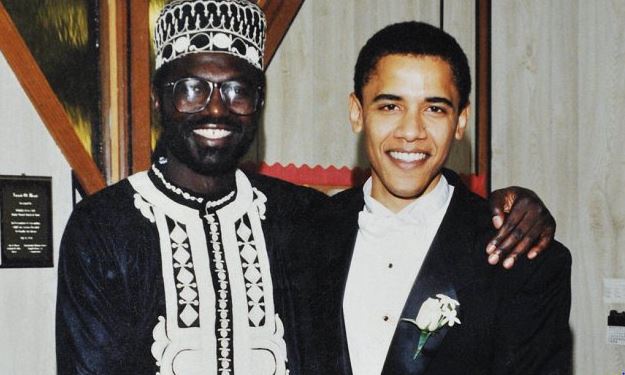 Malik Obama says what motivated him to want to “Make America Great Again” is his disappointment in his brother’s administration. The longterm Democrat apparently feels that this is the turn America needs to take in order to make change and progression.

According to the New York Post, Malik Obama said, “I like Donald Trump because he speaks from the heart.”

Some issues that he is in disagreement with within the Democratic party are the killing of Libyan leader Muammar Gaddafi, who was also his good friend, and supporting same-sex marriage.

He went on to say, “My brother and the secretary of state disappointed me in that regard.”

Needless to say, Trump is every excited about this supporter in particular, so much that he announced it on Twitter.

Wow, President Obama’s brother, Malik, just announced that he is voting for me. Was probably treated badly by president-like everybody else!

According to CBS News, Malik is a resident of Maryland, and is also disappointed at the fact that FBI Director James Comey made a decision not to prosecute Secretary Clinton for the “mishandling” of her private email server.

It seems that “Brotherly Love” means nothing when it comes to these two. What do you think?

President Obama looking at his half brother Malik Obama right now like pic.twitter.com/b1edjVPE6P

Here are some facts we pulled up from Wikipedia on Malik Obama:

Barack Obama’s half-brother, also known as Abongo or Roy, was born c. March 1958,[112] the son of Barack Obama Sr. and his first wife, Kezia.[116] Malik Obama was born and raised in Nairobi, Kenya.[117] He earned a degree in accounting from the University of Nairobi.[118] The half brothers met for the first time in 1985[117] when Barack flew from Chicago to Washington, D.C., to visit Malik.[119] Malik and his half-brother Barack were best men at each other’s weddings.[117] Barack Obama brought his wife Michelle to Kenya three years later, and they met with Malik again while meeting many other relatives for the first time.[120]

Although much of the Obama family has dispersed throughout Kenya and overseas, most, including Malik Obama, still consider their rural village on the shores of Lake Victoria to be their true home. They feel that those who have left the village have become culturally “lost”.[121] A frequent visitor to the United States,[120] and a consultant in Washington, D.C., for several months each year,[117] Malik settled in the Obamas’ ancestral home, Nyang’oma Kogelo, a village of several hundred people. He prefers its slow pace to that of the city.[117] He runs a small electronics shop a half-hour’s drive outside of town.[117]

During his brother’s presidential campaign, Malik Obama was a spokesman for the extended Obama family in Kenya. He dealt with safety and privacy concerns arising from the increased attention from the press.[122] He ran for governor of the Kenyan county of Siaya in 2013,[123] and was defeated by a wide margin.[124] Prior to the 2016 United States presidential election, he stated he supported Donald Trump, the candidate for the Republican Party.[125]