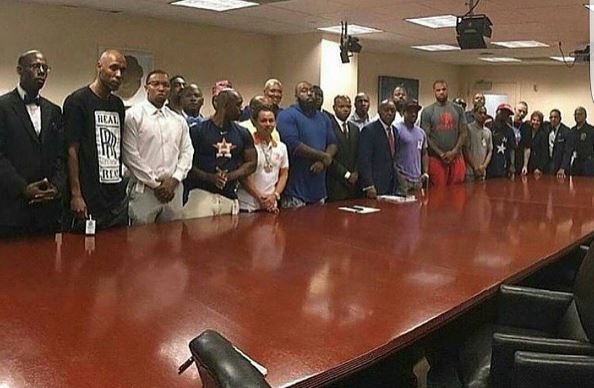 Many people in the Black community are evolving beyond marching and social media advocacy, and coming out strong about “supporting their own.”

Many African Americans across the country have been putting their money where their mouth is — in terms of banking.

According to The Source, protests following the deaths of Alton Sterling and Philandro Castile has resulted in nearly $1 million being transferred into Black-owned banks.

Terri Williams, the president of OneUnited Bank (the first Black-owned internet bank), told NBC they they have seen a surge in accounts.

“When I say surge, I mean people lined up outside the door of our branches to open accounts,” she said.

The buying power of the Black community is starting to be recognized more and more, and can have even more of an impact in future years to come.

According to NBC, the 2015 Multicultural Economy Report from the

University of Georgia’s Selig Center for Economic Growth stated that Black buying power was $1.2 trillion in 2015, but can eventually go up to $1.4 trillion in 2020.

The new “Black Dollars Matter” movement is being pushed by so many artists and entertainers, including those in Houston.

With leaders like this taking a stand and supporting the neighborhood business, the bank can give back in return to other Black-owned businesses, and specifically, businesses that cater to the Black community.

It is amazing to see these artists taking a step toward empowerment and true change.

For more information on other Black-owned banks on the country, go to www.blackoutcoalition.org.