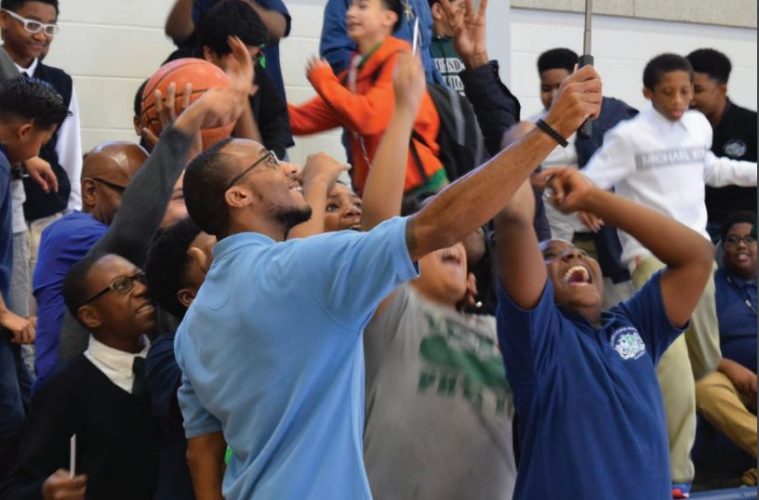 HOUSTON  –  Three years after Houston released its Local Action Plan to help the city’s Boys and Young Men of Color (BYMOC), Mayor Sylvester Turner joined with the Houston Health Department to share the achievements of My Brother’s Keeper Houston and point to its work as a national model.

In 2014, President Barack Obama announced the My Brother’s Keeper (MBK) Initiative, which aimed to address opportunity gaps among BYMOC by offering new support from cradle to career through young adulthood. As part of this initiative, President Obama issued the MBK Community Challenge, a public call to action that asked municipalities to implement local action plans focused on expanding opportunity at key inflection points across a young person’s life.

Houston was one of the first cities to accept the challenge and in May of 2015, it launched its MBK Local Action Plan, creating a full-time staff dedicated to the work and investing the vital resources to make the plan a reality. After three years, with the support and guidance of Bloomberg Associates, a philanthropic municipal consultancy, Houston is one of the first to share its work publicly and well positioned to lead the discussion on what other municipalities can do to enter into this work successfully. Bloomberg Associates worked with the City to develop their Local Action Plan and has been an advisor to their efforts for the past three years including helping to launch Team Up: a sports careers initiative in MBK neighborhoods last year.

“Houston is a city of opportunity, a city where dreams can come true, a city that helps afford opportunities to succeed in life, despite obstacles,” Turner said. “The success of MBK Houston demonstrates how innovation, ambition, collaboration, and investment in human capital can help fill the potholes in the lives of our youth. MBK Houston helps to create a culture of achievement enabling youth to reach their full potential.”

Noel Pinnock, Bureau Chief of Bureau of Youth and Adolescent Health and MBK Houston Lead: “Over the last three years, we have been working tirelessly to ensure our city’s most vulnerable youth populations who are underserved receive the necessary tools and support to discover the champion in themselves. We have worked strategically and intentionally to change the lives of our youth, one at a time.”

“Success in addressing the persistent gaps in outcomes for young men of color in the country requires strong and unwavering leadership, trust, community-wide collaboration, and a strong management approach,” Niiobli Armah, Bloomberg Associates, said. “Houston has all of the above, giving us promise that the work will stay strong in the years ahead.”

The MBK initiative has six key focus areas including issues related to early childhood education, workforce preparation and the reduction of crime and violence. Houston designed a series of programs to address these issues and others – including, increasing access to quality education for all children and youth, improving health outcomes for residents, developing a well-trained workforce and making neighborhoods safer.

MBK Houston currently operates in three “feeder pattern” communities, which are clusters of neighborhood schools that allow children to transition from a large number of elementary schools to a smaller number of middle schools, and finally to one or two large high schools. In order to pilot efforts in targeted schools, MBK Houston currently operates its Systems of Care/wraparound services in Bruce Elementary schools, Fleming Middle School, and Wheatley High School.

Throughout these efforts, the city has collected data to track the programs’ results, select highlights include: