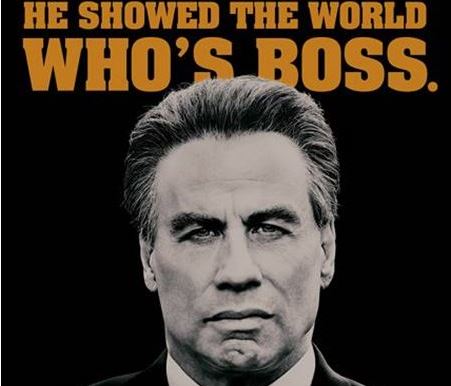 HOUSTON — GOTTI, starring John Travolta, will be releasing in theaters this Friday, June 15.

Travolta plays the infamous John Gotti, who rises to the top of the New York underworld to become the boss of the Gambino crime family. Gotti’s life took a tumultuous turn as he faced tragedy, multiple trials and a prison sentence.

[SEE TRAILER…THIS IS SURE TO BE AN EPIC FILM!]