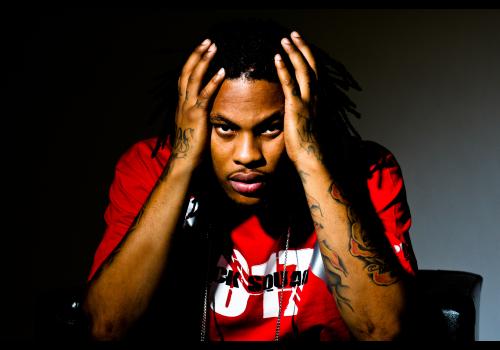 CHARLOTTE, N.C.— “Look Ma, no hands” – cuffs that is!  Waka Flocka Flame, whose real man e is  Juaquin Malphurs,  just dodged a bullet –literally—after a North Carolina prosecutor dropped charges in a shootout a car stereo store, according to the Charlotte Observer.

The 24-year-old rapper was at Car Stereo Warehouse to have the sound system on his tour bus upgraded on February 16 when several men approached the rapper and tried to take some of his jewelry, according to the his spokesperson.

Gunfire was exchanged and one man was shot, but the injury was not considered life-threatening.

Prosecutors in Charlotte say none of the witnesses identified any of the shooters and there was no evidence of an attempted robbery.

The six men involved faced charges that include attempted armed robbery, conspiracy and discharging a gun into occupied property.

The case has been dismissed.

For the full story, go to the CharlotteObserver.com.