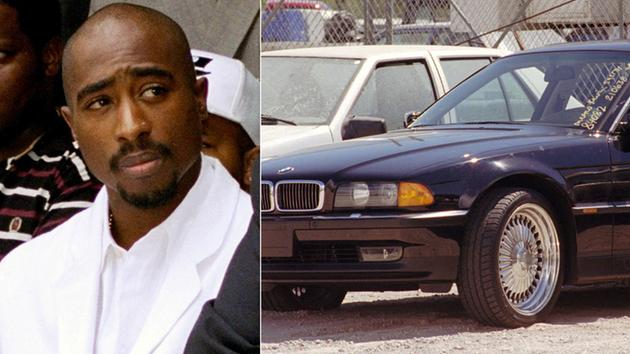 Vehicle in which Tupac was fatally shot set to be auctioned off for $1.5 million

In Sept. 1996, rapper Tupac Shakur was riding around Las Vegas in a black BMW when he was shot. He died several days later.
It’s been 21 years since his untimely death, and since then, he has dropped posthumous records as well and had some of his items auctioned off in the past. But now, the BMW that Tupac was a passenger in on that fateful night is being sold for $1.5 million, according to theshaderoom.com.
An auction house is putting the vehicle up for grabs for anyone who can come up with the $1.5 million. Since the shooting, the car has been restored, but according to TMZ.com, the car’s “bullet-ridden” history is still pretty evident when you look up close on the inside of the door panels.
The car was impounded by Vegas police and has been auctioned off and changed hands more than several times. The car has more than 90,000 miles, so the sale may not be all that worthwhile. It really should be in a hip-hop museum, as a Shade Room commenter posted, but whoever spends the money on the vehicle should heavily consider putting it in a historical site.

As for who will purchase it remains in the air, but hopefully it will have a place to stay where it is respected as it is part of hip-hop history.