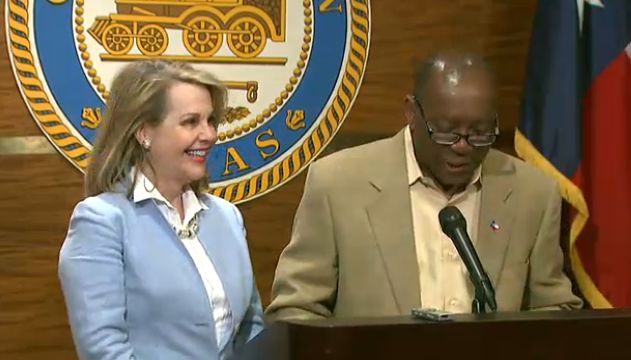 In another history making decision, Mayor Sylvester Turner today announced his selection of Carrin Patman to be the new chair of the METRO board.  Patman, who will be the first woman to chair the board, knows METRO well due to her previous experience as a board member from 2010 to 2014.  Pending confirmation by City Council and a vote by the METRO board, she replaces Gilbert Garcia, who has been board chair since 2010.

“I want to thank Gilbert for his dedication to expanding light rail and adding more transit options,” said Mayor Turner.  “The city has benefitted from his vision and leadership.  Now it is time to build on that progress, and Carrin is the person who can take METRO to the next level.  She is a visionary leader capable of collaborating with all the different community stakeholders as well as the various governmental entities to advance transportation mobility for the region.”

Patman is a trial lawyer at Bracewell LLP, where she has practiced for three decades.  She was the first woman elected to Bracewell’s seven-member Management Committee and is the only woman to have been twice elected to serve on that committee.  She is also the first woman to receive the Karen H. Susman Jurisprudence Award, given each year by the Anti-Defamation League Southwest Region to “an outstanding member of the legal community who exhibits a commitment to equality, justice, fairness and community service.”

Patman is currently serving as a board member of the University of Texas (UT) Law School Foundation, the UT Health Science Center at Houston Development Board and UT’s Center for Women in Law, which she helped found.  She has extensive previous civic involvement that includes serving on the boards of the Houston Center for Contemporary Craft and Legacy Community Health Services Endowment and as an executive committee member for Texas Appleseed, Girls Incorporated of Greater Houston and Sheltering Arms Senior Services.  She is former vice chair of the Houston Bar Association, former president of the UT Law Alumni Association, an American Leadership Forum Fellow and a 2014 Fellow of the Harvard Advanced Leadership Initiative.

“I’m deeply honored that Mayor Turner has entrusted me with a mission we both view as critical to the future of the Houston region — building coalitions to provide excellent and accessible transportation for all of our citizens and to prepare for our region’s growth,” said Patman.

Patman is a graduate of Duke University and the UT School of Law.

Mayor Turner intends to select other City METRO board appointees in the near future.