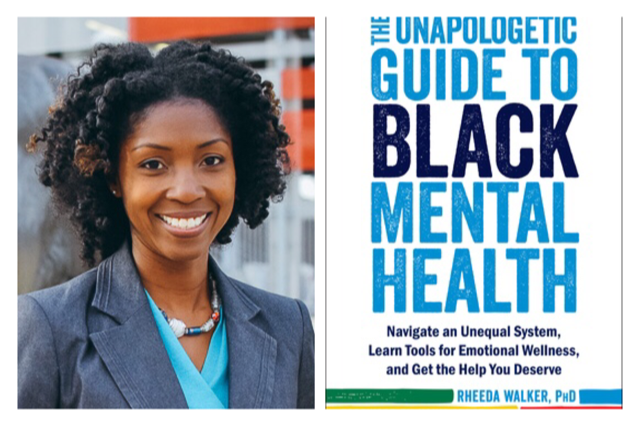 HOUSTON –  The Unapologetic Guide to Black Mental Health is a newly released book written by University of Houston clinical psychology professor, Dr. Rheeda Walker. The much-anticipated book has already sold-out online at Amazon, Barnes & Nobel, and Bookshop.org. Millions of people across the country first learned of the book in January 2020 when nationally syndicated radio show host, Charlemagne Tha God, expressed the need for it during a live broadcast of his show, “The Breakfast Club.” Later in the month, he recited a quote from the book to Will Smith during a live interview and subsequentially had Walker on the show when the book was released on May 1st.

In her book, Walker offers important information on the mental health crisis in the Black community, details on how to spot potential mental illnesses, how to practice emotional wellness by assessing one’s Psychological Fortitude or PF, and how to get the best care possible in a system steeped in racial bias.

“It’s past time to take Black mental health seriously. Daily African Americans, no matter what age, interact with colleagues and school mates who remind us that we ‘don’t belong,’” says Walker.  The pressure has led to the highest rate of suicide in the United States among Black children ages 5 to 11-years-old. Knowing that parents are overwhelmed in their own daily lives and are missing the warning signs in their children, is what compelled me to write this book,” she explains.

With book sales soaring, Walker is celebrating with family, friends, and supporters this Thursday, May 21, during her Virtual Book Release Party via an Instagram live chat at 6:30 p.m., local time.

“The response to the book has been positive. The outpouring of support, combined with book sales confirms my reason for writing the book,” comments Walker.

Before The Unapologetic Book to Black Mental Health was released, Walker wrote more than 50 op-ed articles on how mental health affects Black people. This spring, national media outlets such as the Los Angles Times and Prevention magazine asked her to address the anxiety and stress many people are dealing with during the current pandemic. In April she appeared on Black Entertainment Television’s special Saving Our Lives: A BET COVID-19 Relief Effort and Call to Unite, an online event created by Tim Shriver to inspire people during the Coronavirus crisis.

and licensed psychologist who has published more than fifty scientific papers on African American adult mental health, suicide risk, and resilience. Walker is recognized as a fellow in the American Psychological Association due to her scholarly accomplishments.

Walker has been a guest expert psychologist on T.D. Jakes’s national television talk show, and her work has appeared or been cited in The Washington Post, CNN Health, the Houston Chronicle, and Ebony magazine. Her expertise has been critical to mentoring doctoral students in cross-cultural psychology since 2003. Walker was previously a lead consultant in the statewide African American Faith-Based Education and Awareness initiative in Texas. She conducts workshops and coordinates with churches and other organizations to address emotional wellness.