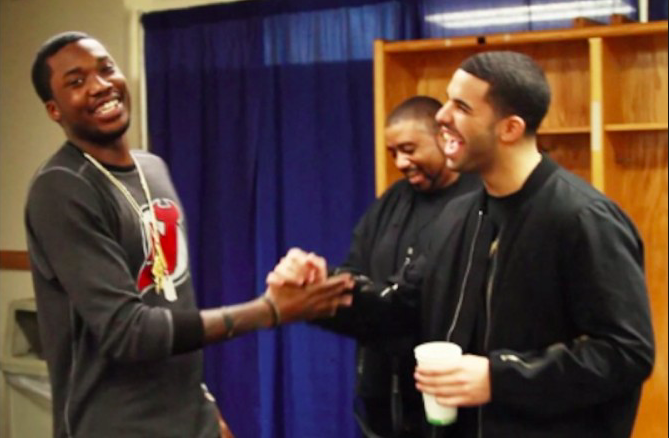 Drake finally addressed the feud between Meek Mill that led to one of the most talked about beefs in a while. Drake sat down with DJ Semtex of Beats 1’s OVO Radio recently. It was the first time the OVO rapper has ever publically addressed the beef and it came with Drake mentioning why he did it and how he truly felt about his one-time friend.
“I knew I had to retaliate, because I realized he was unprepared and when someone is unprepared you have to strike,” he said.
Meek called Drake out for having a ghost writer and Drake of course, retaliated with what he knew best…music. He released “Charged Up” in anticipation to the Philly rapper’s beef and then dropped “Back to Back” which received heavy radio play and rave reviews.
“You know how good I am at writing music, but you tried to not only spin the entire narrative of my career, but end my life and take food from my family and you didn’t even do it through music! You just talked or tweeted,” Drake explained. “I had to really get revenge on that situation.”
Drake stated that he would not try to reconcile his relationship with Meek and suggested it is best where it is left at.