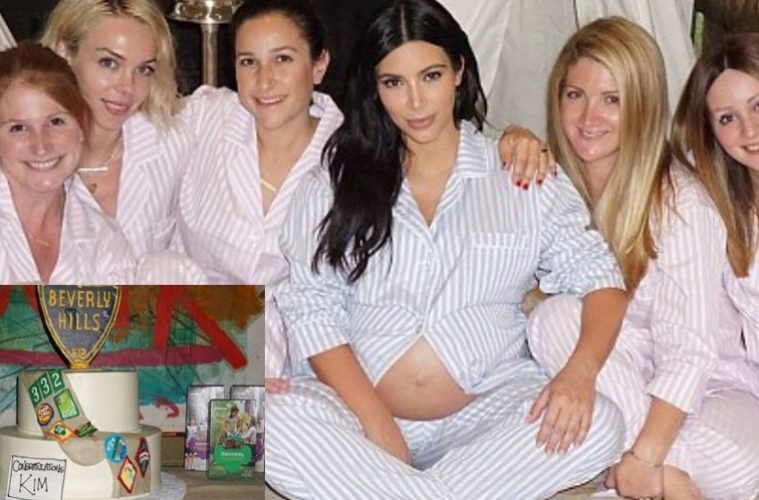 Kim Kardashian is known for her lavish lifestyle and impeccable fashion sense. So her over the top, incredibly adorable baby shower comes as no surprise.

We all knew her shower would be amazing but the throwback to Shelly Long’s “Troop Beverly Hills” themed shower was just too cute! Scrolling through the photos will make you think, “ Darn it, why didn’t I think of that?!”

Shelli Azoff hosted “Camp West,” at her Beverly Hills home and the guests, including Serena Williams and Cara Delevingne, all wore pajamas.

Judging from the Kardashian Klan snaps and instagram posts, these ladies had a blast sipping on hot chocolate under the teepee tents.

Uh Hmm, One of the guests, (Cough Cough, Gigi Hadid) didn’t get the memo on the dress code because the fierce supermodel scrolled in looking absolutely flawless.

No worries, it wasn’t a biggie.

Unless you’ve been living under a rock, you know Kim and Hubby Kanye are expecting a bouncing baby boy. Yes, I know its feels like only yesterday baby North was born. Where did the time go? I guess the reality star wanted her kids close in age. Two down, how many more to go?

Kim announced she was expecting on the midseason finale of “Keeping up with the Kardashians” this past May. A source from US Weekly says “Kanye loves Nori more than anything, but to make his world complete he wanted a little boy, an heir, he’s overjoyed!”

It’s said that the “Little Prince” will arrive around Christmastime. Now, how perfect is that? I’m not sure about the Kardashians being America’s First Family but they do produce the cutest bundles of joy.