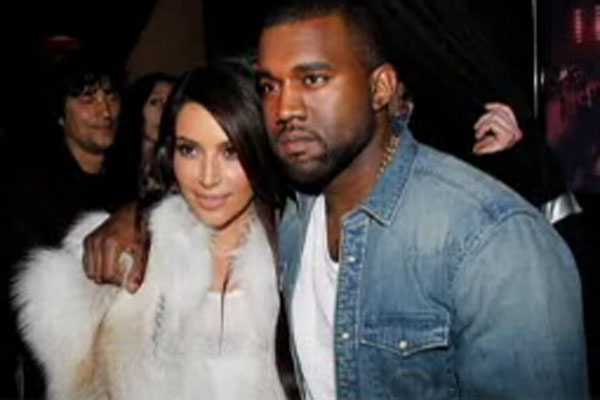 In a one-on-one interview with NBC Today’s Ann Curry, raven-haired beauty Kim Kardashian talked about her failed marriage, how “real” her reality shows are and her “friendship” with rapper Kanye West.

The Hollywood relationship circuit has already dubbed the (couple) “Kimye.”

But Kimmie was a bit mum on the situation, finally deciding to take a page out of Beyonce’s book and keeping her mouth SHUT about her love life…well, her new love life, that is.

When asked by Curry about her new “thing” with Kanye, she answered politely, but not directly.

“I completely respect and understand that you have to ask these questions, but I’ve said before, Kanye and I have been friends for years and, you know, you never know what the future holds or where my life will take me, so, I like the song,” she said, sharing a laugh with the host.

Curry then asked why Kim would not just give her soon-to-be ex-hubby Kris Humphries an annulment.  On the topic of that highly-publicized, overly-sensationalized, whirlwind romance that fizzled after only 72 days of marriage, the reality star was more open.

“I am sure that I would like one myself, but, you know, there are certain guidelines on how you can get one and I am not sure that we fall under that, so also regarding the whole divorce thing, we are still going through a divorce so there’s not really much that I am allowed to talk about,” Kim K said.  “Just out of respect for him, I try not to really talk about stuff, you know, involving him regarding that situation.”

Kim added that she was ready to leave the past behind her.

Kim dismissed the harsh criticisms and scrutiny she’s been under since her marriage to Humphries ended.  She said she—nor her family—needed to use Humphries in a ratings game for their E! reality shows.

“You know that is something that is really ridiculous to me because why would I marry someone – for what—for ratings – I didn’t need that.  Our show does amazing with or without the wedding.  To me, it’s just hurtful that people say that,” she said.  “Anyone that knows me knows that I love really hard, I fall hard and I followed my heart.”

Once she saw things going south very fast, she decided to just end it and move on.

“When things don’t work out, that’s sometimes just how life is, you don’t go into it expecting that, but when you realize it for me, when I realized it fast, what’s the point in dragging something out or waiting when you know it’s just not for you,” she said.  “But to me, I learn a lesson from everything I go through and I really believe this whole experience changed me for the better and I have no regrets.”

Whether or not Kim and Kanye are an item, hopefully she has learned from her past mistakes and will  keep this relationship a little bit more under wraps……think so?  Probably not!  After all, wherever she goes, cameras follow – per her contract.

The new season of “Keeping up with the Kardashians” premieres Sunday, May 20.

Watch a clip of the interview, courtesy of the Today Show.

Visit msnbc.com for breaking news, world news, and news about the economy