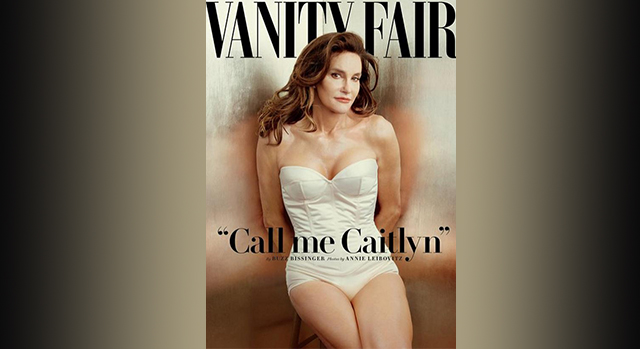 “I’ll see your baby number 2 Kim, and raise you a gender change!”  Bruce Jenner, who was always the quiet soul in the Kardashian household has just stolen the spotlight and thunder from his mega-famous stepdaughter.

Just one day after Kim Kardashian-West announced that she is expecting her second child with rapper Kanye West, Bruce Jenner’s Vanity Fair cover has been released, with his sexy new name and sexy body to match.  Caitlyn is ready for the world!

Jenner revealed to the world about his gender reassignment plans on a Diane Sawyer special and to his children on their reality show, “Keeping Up with the Kardashians.  Overall, Jenner remains a beloved figure and is receiving an outpouring of love from his fans and family.

In his Vanity Fair interview, Jenner talks candidly about his decision to “free” himself.

“Bruce always had to tell a lie, he was always living that lie. Every day he always had a secret, from morning ’til night.  Caitlyn doesn’t have any secrets. As soon as the Vanity Fair cover comes out, I’m free,” Jenner said.

The Olympic gold medalist says he was probably at the games because he was runing away from a lot of things.  He is proud of his accomplishments, and just wants to be able to be “free” and live his life.

“I’m so happy after such a long struggle to be living my true self. Welcome to the world Caitlyn. Can’t wait for you to get to know her/me.” — @Caitlyn_Jenner

The instantly famous photo was taken by legendary photographer Annie Leibovitz and the Vanity Fair issue will be released to the public soon.

Go on sistah, we applaud you.  Live your best life without regrets.