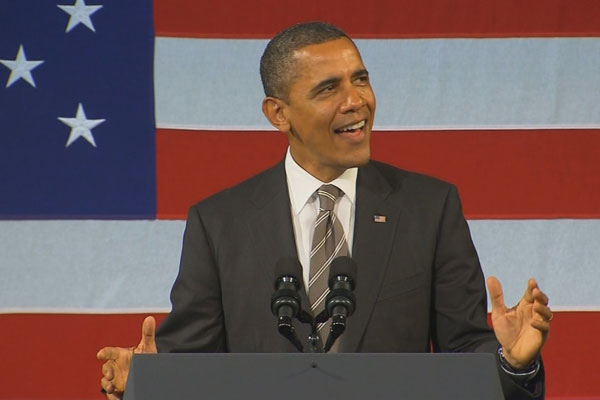 And people wonder why so many adore him..…President Barack Obama surprised the crowd at the Apollo Theater in Harlem at a fundraising event Thursday night when he sang a snippet of Al Green’s “Let’s Stay Together.”

The crowd, which included Al Green himself, cheered as the president sang, “I….am so in love with you,”  and didn’t miss a beat.  The “Sandman” did not come out and sweep him off the stage either.  The president has got some chops!

“Don’t worry, Rev, I cannot sing like you, but I just wanted to show my appreciation,” the president said.

Obama was busy raking in the dough that night as he attended four fundraising events in New York, including a private meeting at the home of director Spike Lee.

We’re not talking politics here; we are just saying this is one smooth dude!  We love Barack Obama!

Check out the clip, courtesy of USA Today.